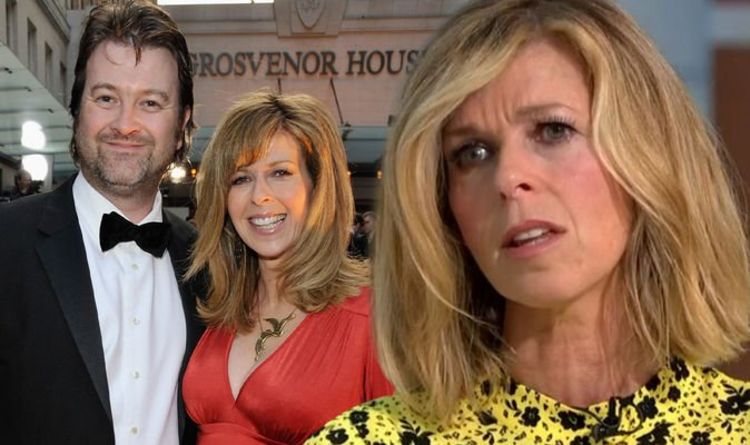 Good Morning Britain presenter Kate Garraway, 53, broke the terrible news earlier this year that her husband Derek Draper, 53, had contracted coronavirus and six months later he's still in hospital, now fighting the lasting damaging effects the illness has had on his body. According to The Sun, the lengthy battle makes him the "UK's longest-surviving patient" of the ruthless virus, after spending a total of 184 days in and out of intensive care. Last month, coronavirus victim Fatima Bridle, finally returned home following 141 days in hospital, including 105 on a ventilator.

Derek was first hospitalised on 29 March, and was soon put into an induced coma while on a ventilator.

All the while Kate and their children, Darcey and William, have been by his side in prayer, as social distancing measures at the time prohibited them to see him face to face.

In July, she revealed he had been woken up from his coma but his recovery is said to be "very slow", as he remains in a state of “minimum consciousness".

Doctors told Kate he was the "sickest patient" they had ever treated who has managed to survive this long, and despite no longer having the virus he's now fighting a host of other problems, including lung and kidney failure, diabetes and a hole in his heart.

A friend reportedly told the publication: "Kate has been so brave and her strength is awe-inspiring.

"But the truth is that progress is very, very slow.

"Derek has now been hospitalised for six months which makes him one of only a handful of people who have been in hospital for this long."

They went on to say that this year has been "incredibly tough" for the popular telly star as his progress is "one step forward, two steps back."

"Some days he shows signs of improvement, and then 24-hours later he has taken a worrying turn for the worse," they said.

"What an extraordinary thing. I won’t be able to see him today, I kind of hoped I would but it wouldn’t work out that way for a visit… But maybe it would be a bit strange anyway.

"So yeah, it’s a tough day but he’s still here. There’s not a huge amount of change."

While Derek's severe health battle is on-going, the protests over the weekend riled up pals of the ITV star.

Lorraine Kelly vented her frustrations at anti-lockdown protesters, who took to the streets of London on Saturday as the mass demonstrations took place.

Speaking on her self-titled show on Monday, she raged: "I was fuming at the weekend! The protests! I absolutely would love to take these people by the hand and show them the reality of (Covid-19).

By"It was exciting and and he met some big names in music like Cliff Richard, The Fortunes, Badfinger. "Bonnie Tyler would say he was her...
Read more
Celebrity

Jennifer Lawrence on why she's now a Democrat: 'I was voting against my own rights'

ByJennifer Lawrence wants to clarify her voting record.  Lawrence captured headlines last week when she revealed on Heather McMahan’s Absolutely Not podcast she “was a...
Read more
Celebrity

These Cutout Leggings Are an Affordable Alternative to Pricey Brands

ByBernadette Deron Us Weekly has affiliate partnerships so we may receive compensation for some links to products and services. It can be hard to resist dropping...
Read more
Celebrity

ByNigella Lawson, 59, admitted she struggles to understand what “balance” is, as she often films her programme all day for seven weeks, leaving little...
Read more
Celebrity

Tamar Braxton Cries As She Denies Being In Abusive Relationship With Ex David Adefeso: ‘He Was My Best Friend’

ByJade Boren For the first time ever, Tamar Braxton is speaking out against the abuse allegation made by her ex-fiancé David Adefeso following her alleged...
Read more
Celebrity

Channel migrants: Deaths should be 'a wake-up call' for those in power