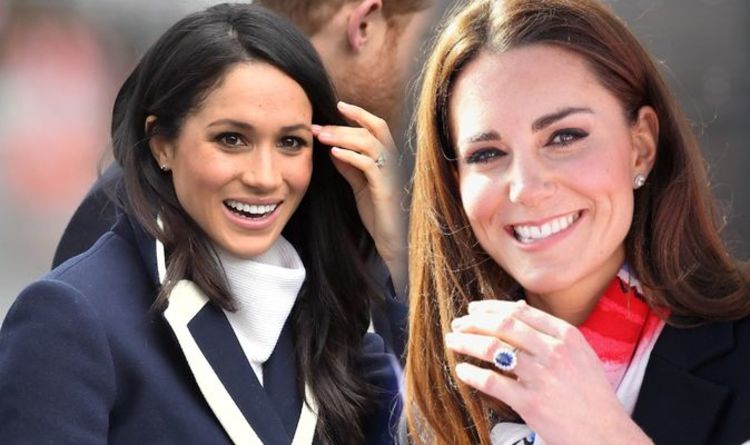 People often signify messages about what is important to them in their jewellery.

It has been claimed Kate might be making an important statement with one such ring.

The piece is a stunning citrine ring. Citrine is an amber orange coloured gem, and Kate’s is worth quite a large sum.

Miltons Diamonds’ Ben Johnson told Express.co.uk: “The ring looks like a very large citrine stone to me and judging by the size of it could be worth anything from £5,000 up to £20,000.

Ben continued: “The citrine rock could be making a reappearance because of what the stone is said to represent.

“It is widely claimed that the citrine crystal emanates optimism and can be used to direct personal will and decisiveness.

“This would explain the motivation behind Kate’s decision to wear it on occasions when she is not accompanied by the Duke of Cambridge, attending events on her own terms.

“She is an experienced royal now, capable and independent.”