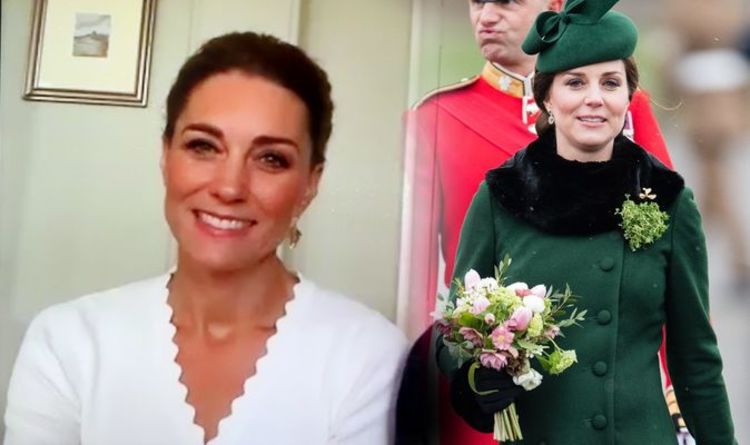 Judi said: “I don’t think I’ve ever seen her where they wouldn’t be some speculation because she had a signature body language position when she stands which is that she’ll either have the clutch ban of her hands clasped almost under the belly.

“For a lot of women that kind of gesture or touching the stomach would be a sign of awareness.”

However, thee are some signs that apply to Kate specifically.

This includes when she disappears from the royal rota.

“With the thought of the morning sickness in the early days she has a degree of weariness because that’s not what you want to be doing as a royal,” Judi said.

“So I think that type of inhibited body language is what you might see. I think through this pregnancy, if there is one, I think she’s enjoyed Louis so much he’ll glide through this one.”

Judi said: “Kate employs a sweet, ‘baby wave’ as her greeting ritual as well as a small giggle that makes her appear slightly shy, which in turn would raise her likability points with a new audience.

“Her nose-wrinkling grin looks like a joke she’s sharing with the people she’s visiting, which again would create instant rapport, even over a video link.”

ByWhen trying to find ways to live healthier and halting the ageing process, one should look to other countries who have impressive lifespans. According...
Read more
Lifestyle

ByDespite coronavirus throwing the world into chaos this year, nature is still sticking to its normal schedule, meaning the clocks have continued going back...
Read more