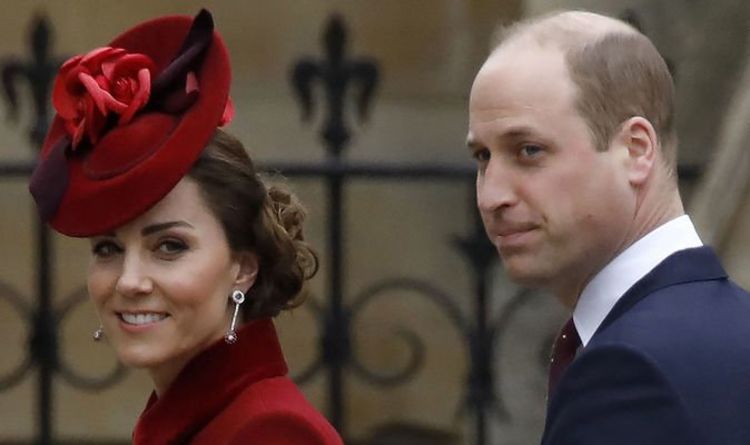 The former ‘fab four’ were seated far apart as Kate and William took their seat in the High Altar, a row in front of Harry and Meghan who walked in ahead of them before the Queen made an entrance.

Body language interpreter Judi James said the tension between the brothers was “palpable” as they failed to greet each other and appeared “awkward”.

She added: “Harry and Meghan looked a lot more genuinely cheerful, and Harry especially, through a really affectionate smile at Kate.

“As they took their seats Harry three Kate an open-mouthed smile and ‘hello’ of what looked like genuine pleasure and Meghan raised her brows and smiled in an equally friendly ritual.

“But when it was William, you could see Harry was slightly more rigid and his lips were closed.

“And once William and Kate had left, we a different Harry altogether.”