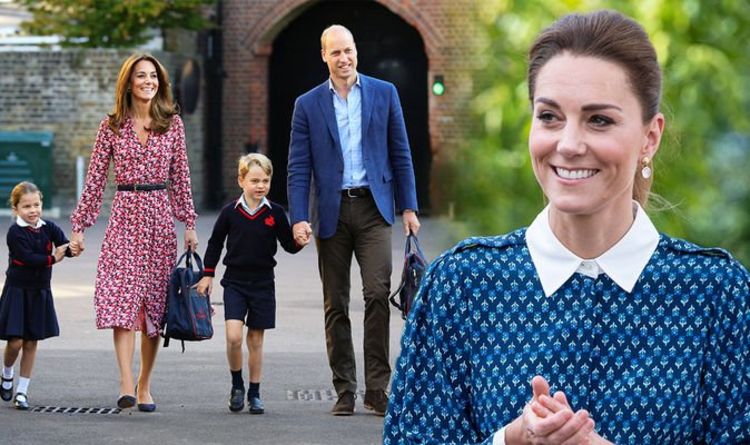 The children will sometimes delight royal fans with appearances at events such as the royal Christmas Day service or Trooping the Colour.

When appearing in public, Kate’s interactions with her children have given clues of her parenting style.

She uses a technique which seems to encourage the independence of her children, body language expert Judi James suggested.

“Her attention and bonding techniques seem to involve bending to the child’s height to communicate, which might suggest a desire to grow their confidence by tuning into them to make them feel more grown-up and independent.”

Judi claimed the mother of three has a parenting style that aims to grow the confidence of her children.

This is something that seems to be important to Kate and she has encouraged their independence during a number of events.

The Duchess of Cambridge and Prince William seem to be aligned in their parenting and Judi explained they have a united front.

She continued: “Kate has used coordinated colours to emphasise the feeling of a strong unit, although their clothing styles all project individuality.

“Rather than bunching around her children she’s opted for a ‘paper doll’ line-up with William very much part of the group.”

Kate, Duchess of Cambridge, 38, focusses much of her royal work around early years education and parenting. On Tuesday, the Duchess honoured her commitment...
Read more
Lifestyle