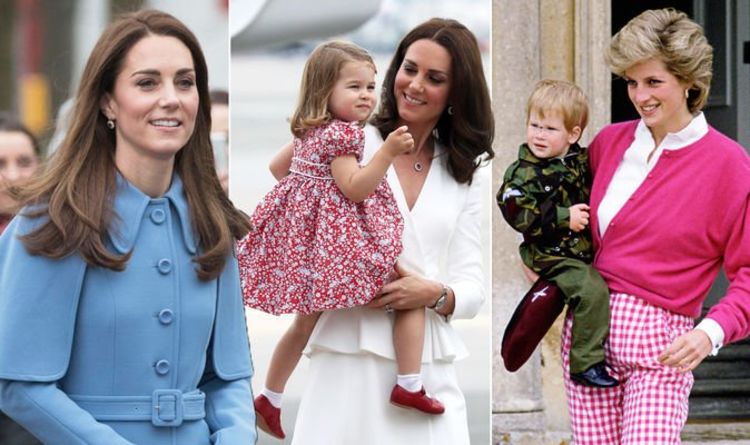 “She’s a mother we can all relate to as she simply wants to bring up children who are respectful, well mannered, but above all, happy and loved.”

This parenting style is similar to how Princess Diana raised Prince William and Prince Harry and Kate could have looked to her for tips.

“Kate’s style is similar to that of Princess Diana,” Martina explained.

“She often held the boys close, she would carry them and wrap a protective arm around them, while leaving the public in doubt that the boys were the apple of her eye.”

This is something Kate also does with out with her three young children.

As the Duchess of Cambridge and a working royal, Kate always has a busy schedule.

Even when she was working, Princess Diana made sure her children were nearby.

Over the years, Kate has also made spending time with her family a priority.

“Even though she has an army of helpers who would happily take care of the children full-time for her, she forgoes this regularly in order to be an integral part of the children’s upbringing.

“She has also tried to maintain the strong mother/child bond she’s formed with them since birth.”

The parenting style of the Duchess appears to be modern and relatable for other mothers, the expert said.

Martina continued: “Kate’s parenting style can easily be described as modern. Alongside her own values, she’s obviously researched the best ways to bring up children in today’s society.