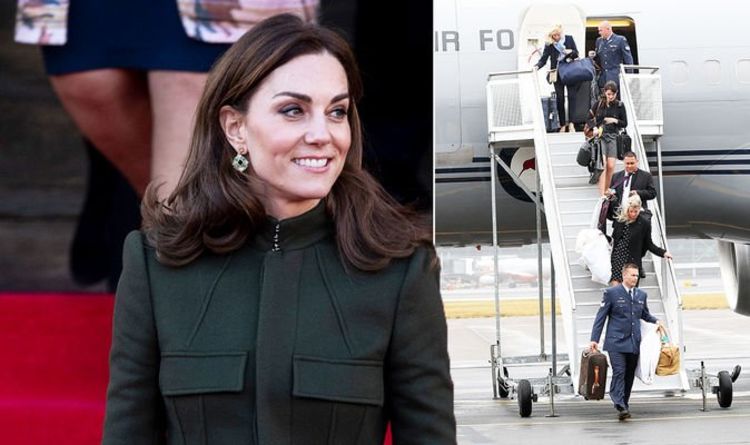 The monarch’s tags simply read “The Queen” in capital letters while Kate’s say “HRH The Duchess of Cambridge.”

However, Prince William is markedly different from his family on this front.

The Duke of Cambridge has a red luggage tag with his name on it to identify his suitcases, not yellow.

Prince Charles, 71, is also said to have a red tag while Prince George, 6, has blue and Princess Anne, 69, green.

The royals will not put their addresses on their tags, however, unlike many travellers.