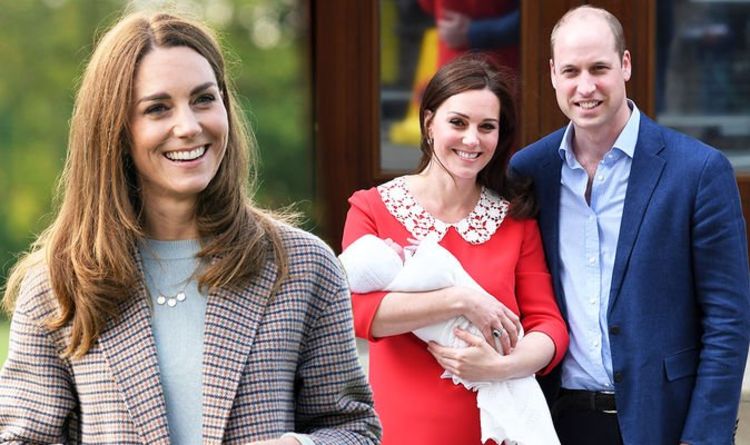 The Cambridges appeared outside the hospital when each child was born.

When Prince Louis was born in 2018, Kate made a link to the birth of Princess Charlotte.

It was thought to be a gift from the children’s nanny Maria Teresa Turrion Borrallo.

Maria has reportedly been with the family since Prince George was just eight months old.

Prince Louis also wore the handmade garment during his first appearance, however it was styled differently.

Princess Charlotte reportedly wore the cap the opposite way from how it was designed to be worn, while Prince Louis wore it the right way around.

Kate stood for a photo call on the day that each of her children were born.

“Everyone had been so supportive, and both William and I were really conscious that this was something that everyone was excited about,” the Duchess added.

“And, you know, we’re hugely grateful for the support that the public had shown us, and actually for us to be able to share that joy and appreciation with the public, I felt was really important.

“But equally it was coupled with a newborn baby, and inexperienced parents, and the uncertainty of what that held, so there were all sorts of mixed emotions.”

The royal posed outside the hospital after giving birth to all three of her children.

By"The bonds between these two women might not have been featured as publicly as the Queen’s relationship with her next in line Charles or...
Read more