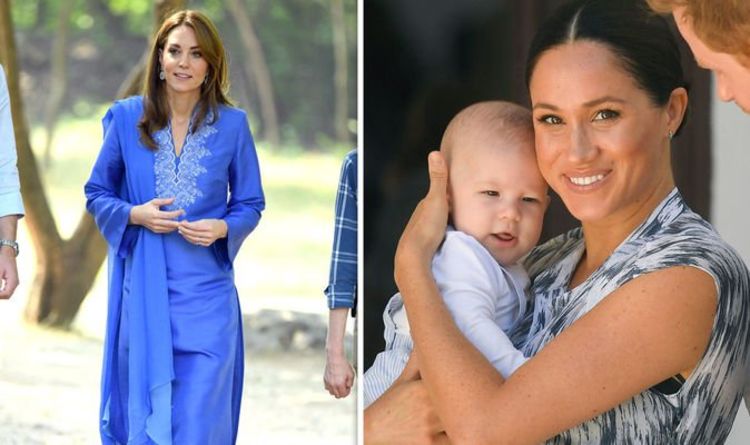 The Duke and Duchess of Cambridge are on a royal tour of Pakistan this week, at the request of the British Foreign Office. Earlier this year, the Duke and Duchess of Sussex paid a visit to South Africa, with Prince Harry leaving Meghan and their son, baby Archie Harrison, behind while he visited other African countries.

Already on Kate and William’s tour, a number of comparisons have been drawn between the visits Princess Diana made to Pakistan over her lifetime.

Princess Diana made three visits to Pakistan while Princess of Wales.

In 1996, the Princess visited the hospital project of her good friend, Imran Khan.

Mr Khan, who is now Pakistan’s Prime Minister, had a poignant meeting with Kate and William this week, where Mr Khan discussed the legacy the Princess of Wales had left behind in the country.

The pair also visited the Shaukat Khanum Memorial Cancer Hospital, a project of Imran Khan’s, which Diana famously visited in 1996 and 1997.

Perhaps the most poignant moment of tour was Princess Harry’s visit to Angola.

In a touching tribute to his late mother, Prince Harry was photographed walking across a de-mining site.

The pictures drew parallels with Princess Diana’s visit to Angola in 1997, where she walked along a similar landmine site while promoting the work of the Halo Trust.

Prince Harry also sat under the Princess Diana Tree in Angola, and made a visit to the landmine site Diana famously walked over in Huambo, although now it is a bustling area full of schools and shops.

Meghan and Harry also paid a visit to Archbishop Desmond Tutu while in South Africa, where he gave the Duke two photographs of his mother Diana with Nelson Mandela in Cape Town in 1997.

Meghan also made another subtle tribute to the late Princess, dressing baby Archie in a white pom-pom hat nearly identical to the one Prince Harry wore as a baby while in Africa with his mother.