Kate Middleton vs Meghan Markle: Which Duchess is ageing better? 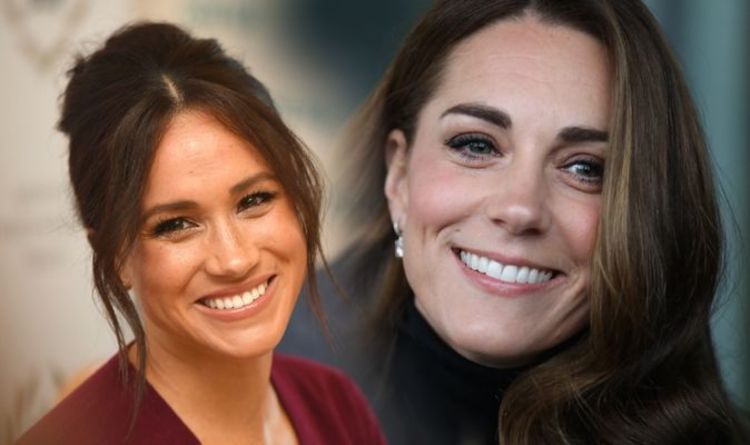 The expert said: “Kate Middleton on the other hand has perfect facial thirds ratio and has a slightly more favourable width to height ratio than Meghan.

“However she is lacking facial volume, possibly due to weight loss, and this will progress as she gets older and will age her quickly.

“Also being skin type 2 she will be more prone to early lines and wrinkles.

“Kate has particularly aged under her eyes, she has hollows called tear troughs- again this is common when we age, but is also accelerated by fat loss.

When it comes to the Duchess of Cambridge, the expert said: “I don’t believe Kate has had any work done and like Meghan is a natural beauty!”

Prince Charles, 71, is currently second-in-line to the British throne, followed by Prince William, 37, his oldest son.

Then comes Prince William’s children, George, six, Charlotte, four, and Louis, one, and they are followed by Prince Harry, 35. Prince Harry is succeeded by his son Archie Harrison, born in May 2019.