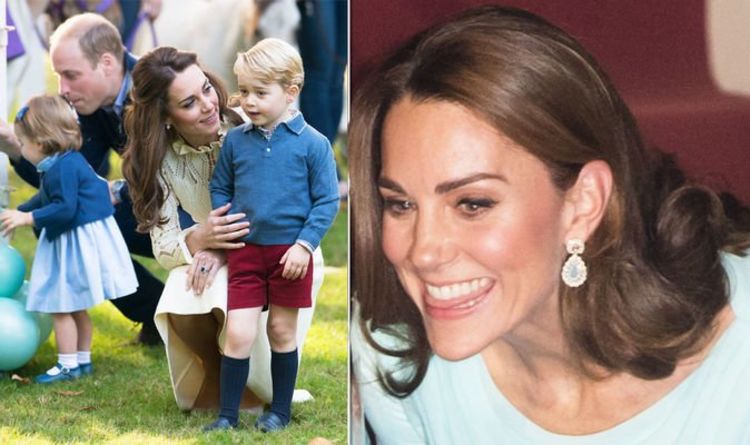 Kate Middleton has much help as a mother, and is incredibly lucky to do so.

However, the Duchess of Cambridge is still pictured being hands on with her three children often.

Despite having a specially trained professional nanny, Kate is a fan of a certain parenting manual.

Kate Middleton is a fan of the The Modern Mother’s Handbook: How to Raise a Happy, Healthy, Smart, Disciplined and Interesting Child, Starting from Birth.

The Duchess of Cambridge confirmed this when she wrote a letter to the author praising the book.

Kate Middleton is said to have written the letter in 2015, and the anonymous author told the Daily Mail: “A lot of actresses tracked down the book after they learned Kate had read it.

“Middleton has a massive following in Hollywood!”

So what can the rules of the book tell us about how Kate parents?

Unsurprisingly for a royal, Kate will be teaching her children all about manners if she is following this book to the letter.

“We often forget that the simplest, time-worn parenting methods – like writing thank-you cards and eating what’s put in front of you – are the best.”

The book encourages not coddling children.

According to the book, parents are encouraged to “get out of your children’s way” and let their children discover the world themselves and make their own mistakes.

The book said: “Set a good example and then stand back and watch.”

According to one Twitter user, Kate is “wearing a teal-green traditionally inspired dress designed by Catherine Walker!!!”

One said of the dress: “Traditional yet contemporary silhouette. Very tasteful.

“Kate’s outfit matched the little girl’s who presented her with flowers.

“Mark of respect for Pakistani culture in continuing with Diana’s tradition.”