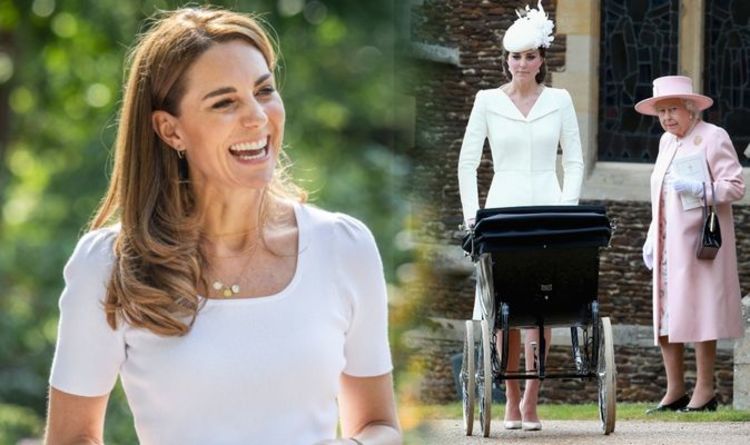 Swaddles keep young babies warm and comfy in their early stages. A four pack from this company costs up to £50.95 for three. It is £15 for one cotton muslin swaddle.

Prince George wore a pair of Start-Rite baby shoes for an adorable portrait in 2014.

The sweet little Mary-Janes were worn with shorts, a shirt and a vest. Similar shoes, the “Cuddle” style, cost £29.99 from the UK brand.

The shawl, from the Nottingham company, costs £62.

Show director at The Baby Show Zoe Bonser told Express.co.uk: “Kate is seen as traditional and this probably down to the responsibilities that Prince George will have one day.

“For instance, the children are always dressed in traditional British clothing for public appearances and Kate is happy for them to appear in photo calls.”