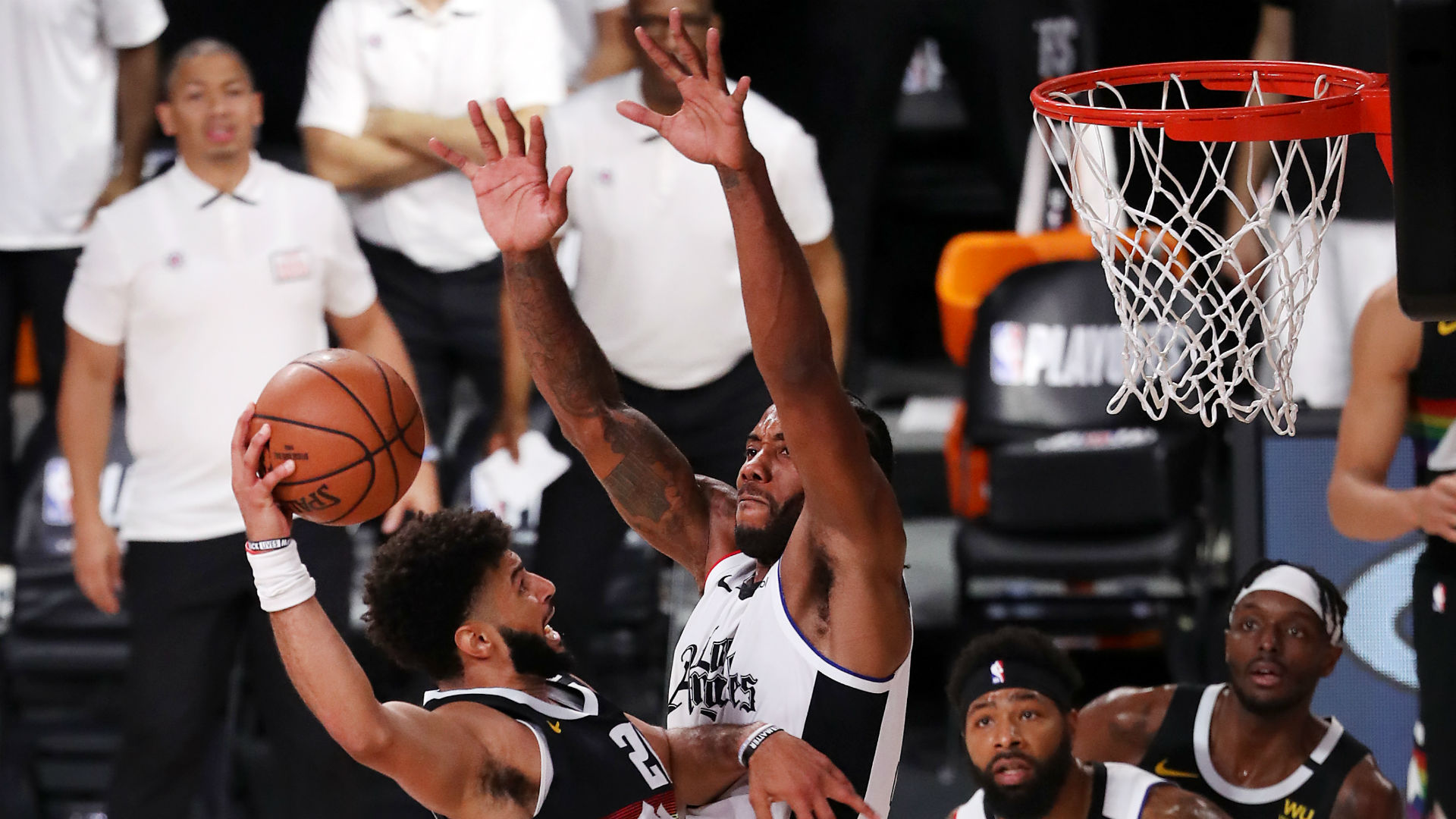 During the fourth quarter of Monday night’s Game 3 between the Clippers and Nuggets, Denver guard Jamal Murray tried to throw down a one-handed dunk over Los Angeles forward Kawhi Leonard, but the two-time Defensive Player of the Year rejected Murray. As TNT’s Reggie Miller pointed out several times on the broadcast, Leonard swatted the attempt away with just his middle finger.

This is just ridiculous. Does Leonard have the strongest fingers in NBA history? In the history of fingers existing?

When asked about the block after Game 3, Clippers star Paul George could barely come up with the words to explain the incredible defensive play.

“That’s an extra-long middle finger. It kept growing or something,” George said. “That’s Kawhi, man. Big time player. The mitts, it’s something else.”

Leonard’s stand at the rim came with under two minutes left in regulation and the Clippers leading by six, so he prevented what could have been a huge momentum swing in Denver’s favor. Los Angeles ultimately secured a 113-107 victory behind 23 points, 14 rebounds, six assists and two blocks from Leonard as well as a team-high 32 points from George. The Clippers now hold a 2-1 series lead over the Nuggets.

And that’s the bottom line — because Kawhi Leonard said so.