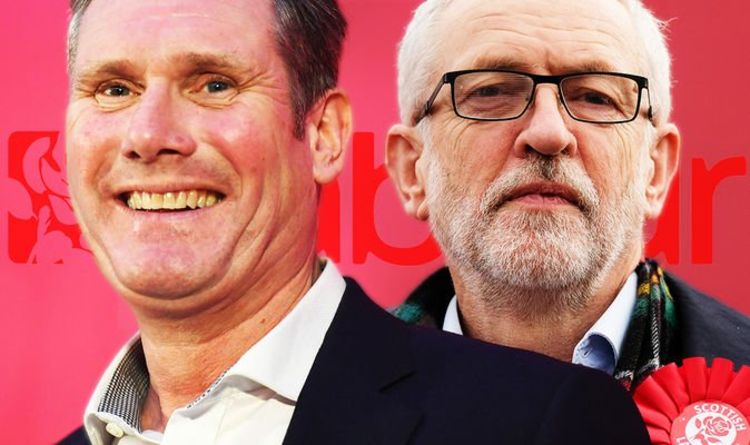 Sir Keir won in the first round with more than 50% of the votes. He has become Leader of the Opposition, succeeeding Jeremy Corbyn, who announced he was stepping down after the general election in December. The shadow Brexit secretary and former director of public prosecutions was the bookies’ favourite to win the leadership, despite being viewed as more of a centrist than Ms Long-Bailey, who was seen as the ‘continuity Corbyn’ candidate. Angela Rayner has been elected Deputy Leader of the Labour Party. Starmer and Rayner won with 56.2 per ent and 52.6 percent of the vote respectively in the first round of the contest. The result arrived late after Labour’s website crashed.

In his first address to the nation, Sir Keir said: “It is the honour and the privilege of my life to be elected as leader of the Labour Party. It comes at a moment like none other in our lifetime.

“Coronavirus has brought normal life to a halt. Our cities, our towns and our villages are silent, our roads deserted. Public life has all but come to a standstill and we’re missing each other.

“It reminds us of what really matters, our family, our friends, our relationships. The love we have for one another. Our health.

“Our connections with those that we don’t know. A greeting from a stranger, a kind word from a neighbour. These make up society. They remind us that we share our lives together. We have to trust one another and look after one another.”

He added: “Under my leadership we will engage constructively with the Government, not opposition for opposition’s sake. Not scoring party political points or making impossible demands. But with the courage to support where that’s the right thing to do.

“But we will test the arguments that are put forward. We will shine a torch on critical issues and where we see mistakes or faltering government or things not happening as quickly as they should we’ll challenge that and call that out.

“Our purpose when we do that is the same as the Government’s, to save lives and to protect our country, a shared purpose.

He also said that politics and the priorities of society had to change when the crisis is over.