Kelly Brook, 40, speaks out on dramatic weight loss as... 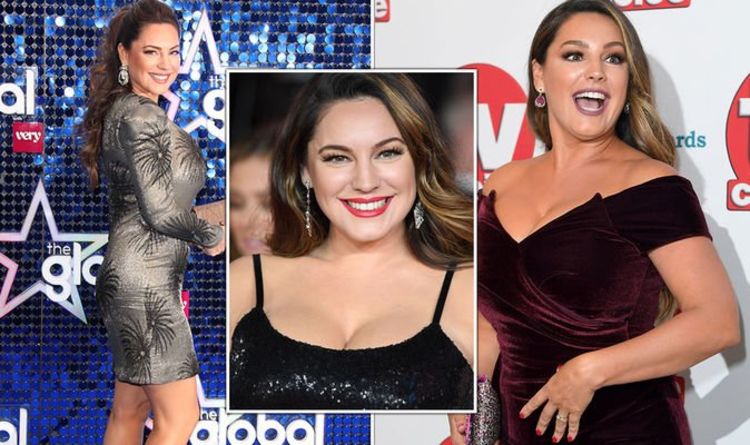 Kelly Brook, 40, has joined the Size Sexy campaign which she revealed is about women being encouraged to be the “best version of themselves”. The brunette beauty also unveiled the real reason behind her recent weight loss journey and admitted having “big boobs” was a part of the challenge.

Speaking in this week’s issue of OK! magazine, Kelly credited SlimFast for helping her shift her weight which has seen the Heart Radio DJ go from a size 16 to a size 10-12.

Back in December last year, the model and TV regular revealed she had lost a stone in two months with the slimming company.

She told the publication: “It’s about encouraging women to be the best versions of themselves and not be ashamed of it. Diet shouldn’t be an anti-feminist, dirty word.

“I’ve gone from a size 16 to embarking on this SlimFast journey with the Vitality campaign and getting to a size 10-12, which for me is a dream.”

Kelly also made a candid admission about her weight as she admitted having to wear five bras just for jogging.

The model and TV regular explained: “Before, my boobs were too big, I was too heavy and my back was hurting. I was having to wear five sports bras to go running.

“Especially hitting my 40th birthday, to actually get back in shape and feel confident again, I never thought I was going to look like this again.”

Kelly has posted on Instagram about her weight loss results a number of times in recent months.

Beside one upload, clearly marked as a paid partnership, she wrote: “Not only were the @SlimFastUK weight loss capsules great for helping me get back on track, but they fit so well into my every day too!

“I take 3 capsules and drink a large glass of water with each, before having my healthy breakfast, lunch and dinner. Discover your #IWillPower today! #Ad.”

Speaking about her weight loss journey last year, she told Express.co.uk: “I was just piling on the pounds gradually to the point where I got to the top end of my BMI and I found that SlimFast approached me at the right time that I was just thinking, I’m going to be hitting 40 soon, I need to start watching what I eat and it just really helped me get back on track.”

However, Kelly revealed the loss of her dad and going through a break-up saw her lose a lot more weight which took a “toll” on the model.

She told OK!: “In 2007 I was so skinny and I don’t even remember it. I’d lost my dad, I was doing Strictly, I’d moved house, I’d broken up with my fiancé and I’d moved back from America.

“There was so much upheaval and that took a toll on my body. I wasn’t happy. I’ve had some amazing experiences and some awful ones and the bad ones make you more empathetic.”

She added: “You understand it when people lose a parent or have fertility struggles if you’ve been through it too.”

Elsewhere, Kelly recently starred as a bride called Laurel who is killed in the new series of Midsomer Murders which returned to ITV yesterday (January 6).