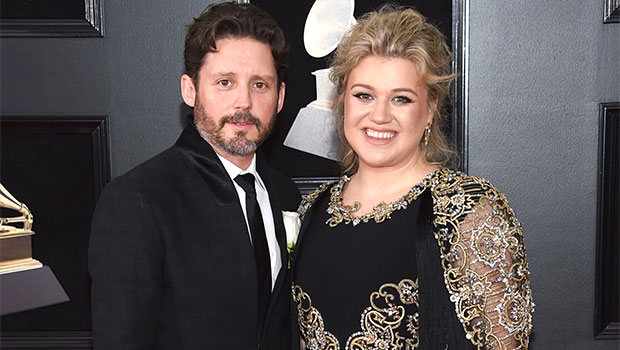 Kelly Clarkson opened up on her talk show about what she’s grateful for and revealed the ‘learning curve’ she’s been on five months after her shocking divorce announcement.

2020 has been a year of reflection and taking stock of what’s important for a lot of people, including Kelly Clarkson. During her talk show, the American Idol alum, 38, discussed all of the things that she is grateful for as this difficult year comes to a close and even hinted at the potential reason for her shocking June divorce from her husband of roughly seven years, Brandon Blackstock, 43. “I’m grateful in 2020 for the lesson I learned about…I think with myself,” Kelly shared with her viewers.

“Even at 38, I always feel like I’m changing and progressing, in a good sense…and I always want to make sure I’m being the best version of myself,” she continued. Kelly then went on to explain that she heeds the advice of her mom — “you are who you surround yourself with” — and discussed what she meant by the sage words. “You want to make sure you’re surrounded by people that also want to be the best versions of themselves, and also want a good common goal for everyone not just themselves,” she explained.

“It’s been a really good lesson to, like, learn that people could be bad for you in a certain time,” Kelly reflected. “I think that everybody thinks, ‘Oh, that means they’re bad,’” she said. Kelly, however, further clarified her words, saying, “Well, it doesn’t necessarily mean that, it just means you’re on different paths. And I think that that’s ok. Everybody’s on a different learning curve, and everybody’s learning something different at different times.”

Kelly’s thoughts on this past year come roughly five months after news broke that she and her husband had filed for divorce. The news came as a shock to Kelly’s many fans, especially since Brandon was not only Kelly’s husband, but also her manager. Throughout their seven-year marriage, the couple shared so much together, including a number of Kelly’s incredible professional triumphs.

Brandon and Kelly wed in 2013 and share two children together — daughter River and son Remington. Kelly also acted as step-mom to Brandon’s two older children, daughter Savannah and son Seth. After news of the divorce went public, Kelly waded through hateful comments lobbed at her online, accusing the singer of working too much and causing the end of her marriage. But Kelly has handled trolls like a total pro, and hopefully her recent message from her talk show sheds some light on her personal philosophy as 2020 comes to a close.