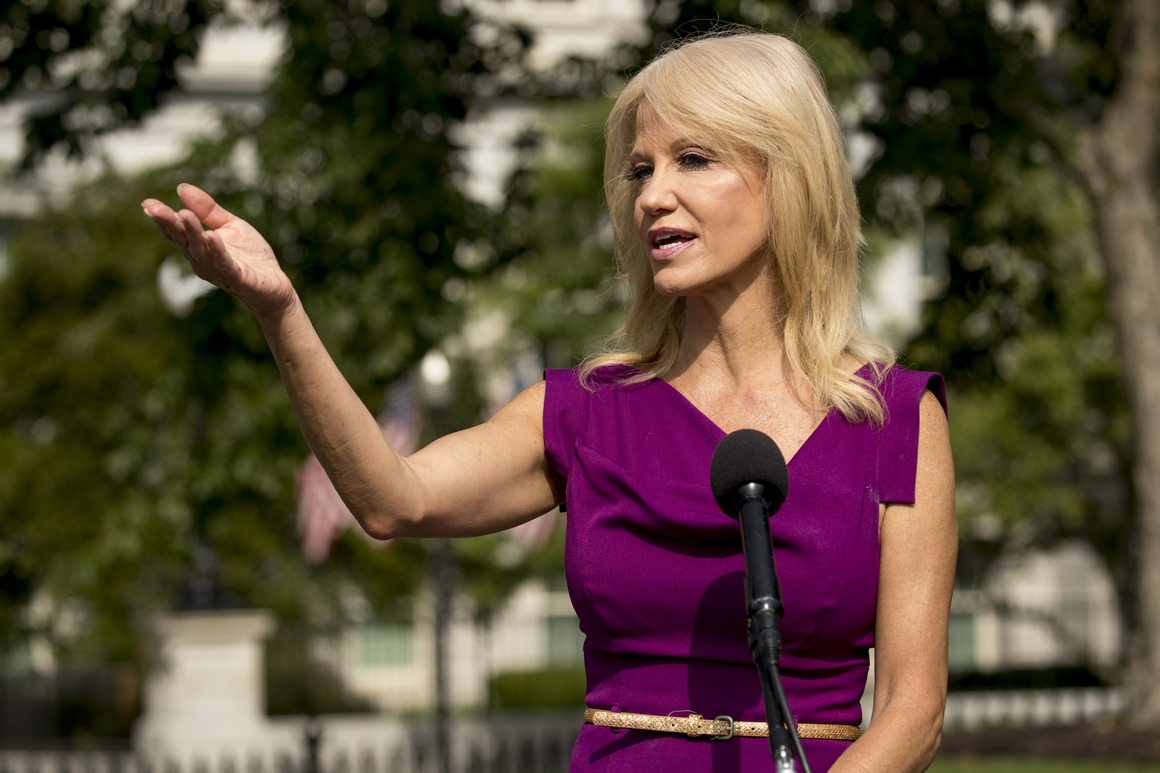 She met with Trump on Sunday night to inform him she would be leaving, according to a White House official.

The Washington Post first reported her departure on Sunday night.

The White House did not respond to a request for comment. Kellyanne Conway did not return phone calls, but alluded to the sparring with her husband in her statement. “For now, and for my beloved children, it will be less drama, more mama,” she wrote.

Conway, one of Trump’s top advisers, was the first woman to successfully manage a presidential campaign when she worked for Trump in 2016.

At the White House, Conway was fiercely loyal to the president and a self-described “happy warrior” for the administration’s policies. As a Catholic, Conway was passionate about her work on anti-abortion policies, and her portfolio also included the opioid crisis and healthcare, among other top issues for the president.

Conway also played a key role in crafting communications decisions, and was one of the most recognizable figures in the White House for defending Trump and sparring with newscasters on television.

In her statement on Sunday, Conway continued to praise the president.

“President Trump’s leadership has had a measurable, positive impact on the peace and prosperity of the nation, and on millions of Americans who feel forgotten no more.”

A New Jersey native whose background was in polling, Conway came to the campaign in July 2016 after working on behalf of Sen. Ted Cruz (R-Texas). When Cruz left the presidential race, she joined Trump’s campaign. In August 2016, following the resignation of Paul Manafort as the Trump campaign manager, she was appointed manager.