Kevin Clifton: ‘It’s not easy’ Strictly pro opens up about... 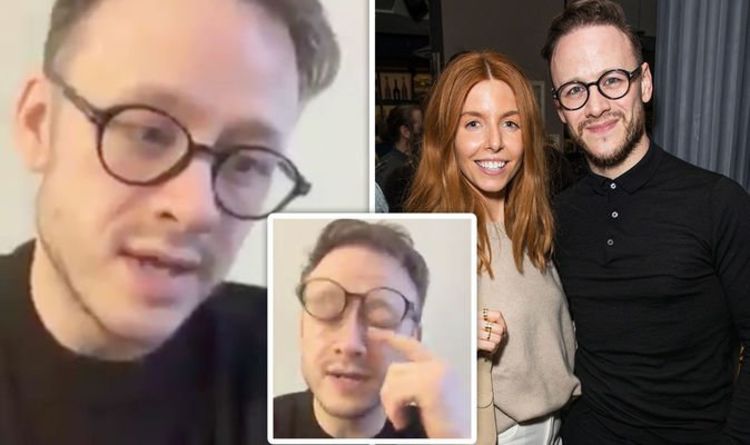 Kevin Clifton, 37, took to Instagram to gush about his girlfriend Stacey Dooley, 32, after she completed her stint as host on the Strictly Come Dancing live tour 2020. The professional dancer went to support the documentary filmmaker at her final show and spoke about how “proud” he is of her in a sweet video.

Kevin also revealed Stacey isn’t taking any time to relax and has already flown to Glasgow to begin her book tour, meaning the couple will have to spend some more time away from each other.

Sharing the clip in view of his 374,000 followers, Kevin began by saying: “I went to see the end of the Strictly tour last night at the O2 and I just wanted to say a massive well done to everyone involved as we come to the end of another Strictly series really.

“Obviously the TV series up until Christmas then the tour. It was a fantastic show, they always put on such a good show so well done to everyone involved.

“But particularly, just wanted to say how super proud I am of Stacey Dooley. She was the host of the tour this year and she did such an incredible job as the host.”

The Strictly pro went on to point out that the role Stacey took on during the BBC show’s tour is “not easy”.

He continued: “It’s not an easy job standing out there in arenas and talking to thousands of people and keeping the energy up of the whole arena.

“She was just so brilliant at it and finishing in five shows at the O2 as host, talking to thousands of people as if she’s just talking to her mate because she just has that natural ability. So ridiculously proud of her.”

Kevin went on to praise Stacey for her work ethic as she prepares for her book tour in spite of bad weather conditions due to Storm Ciara.

When quizzed on whether she finds it hard to be away from her family and Kevin, the Strictly 2018 winner exclusively told Express.co.uk: “I never take it for granted. To be able to travel extensively for work is such a privilege.

“So of course you get homesick every now and then but generally speaking I know how fortunate I am.”

The TV personality went on to discuss her plans for the year and upcoming TV projects.

She added: “We just got back from Columbia a couple of weeks ago.