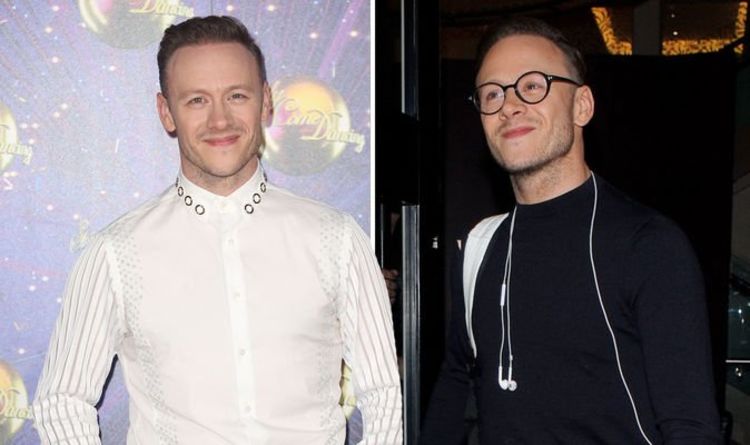 Strictly Come Dancing professional Kevin Clifton, 37, revealed he in talks to create his own television drama about the Ballroom dance world, ahead of announcing he has stepped down from the BBC show today. The dancer has left the show after seven years and one Glitterball win with his girlfriend Stacey Dooley in 2018. Ahead of his announcement today, he admitted he has met with writers to create his own show.

He said: “There are some things that I really want to do that will mean I need to take some time off and not accept a few jobs.

I want to write a TV drama, I’m meeting with a few writers at the moment about the Ballroom competition world,” he admitted.

“It will be about some of the real stories that go on and stuff.”

The dancer went on to say he doesn’t see himself being on the show by the time he is 40.

When asked if he’ll ever leave the show, he added: “It has to happen at some point, I don’t see myself doing this when I’m 40.”

He went on to say he didn’t want to follow in the footsteps of veteran pro Anton Du Beke, 53, who joined the show in 2004.

“I mean, well Anton Du Beke is there, he’s an exception to the rule isn’t he,” he replied.

“I don’t see myself doing that when I’m the same age as Anton, he obviously just loves it and wants to carry on doing it.”

Kevin spoke out about his depature from the show on social media today.

In a lengthy statement on his Twitter page, he said his journey on Strictly had been “some of the most wonderful years of my life”.

He added: “I am grateful to the BBC and Strictly Come Dancing for giving me the opportunity to have been a part of something truly special.”

“Since first being called ‘Kevin From Grimsby’ by Sir Bruce Forsyth in 2013 I have experienced the highs of 5 finals, winning a Guinness World record on It Takes Two, the Strictly Arena tour glitter ball and then the ultimate of winning the 2018 series with Stacey Dooley.

“After finishing the last series with the Children in Need trophy and the Christmas Special I want to leave on a high and have therefore decided that the time has come to move on and focus on other areas of my life and career.

“I want to thank all of the pros for inspiring me every day as well as all of my celebrity partners.

“The whole team behind the scenes have always made the Strictly family what it is and the loveliest show to work for.