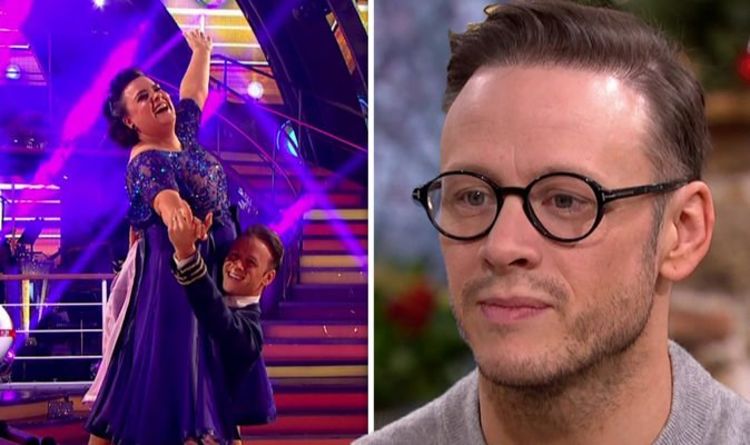 The comedian said that she and Kevin had initially agreed not to perform the rumba together after it felt “wrong”.

She continued: “So we both agreed, very early on Kevin, that we did not want to do a rumba together, because that’s the sexy dance right. Right Kevin?”

Kevin stated: “Yes,” which prompted Susan to add: “And you and I did not enjoy that.”

The dance pro couldn’t help but burst into a fit of giggles, as Susan tried to steer the topic back on course.

Loose Women host Nadia Sawalha, 55, broke into tears as she urged her followers to help spread awareness of one friend of her daughter...
Read more
Celebrity

James Martin, 48, revealed that he was picked randomly to enjoy lunch with the Queen at Buckingham Palace recently. However, the joyous occasion was tinged...
Read more
Celebrity

The 65-year-old has since taken to the micro-blogging site and addressed whether he had plans to make his debut on Strictly Come Dancing. The gardening...
Read more
Celebrity