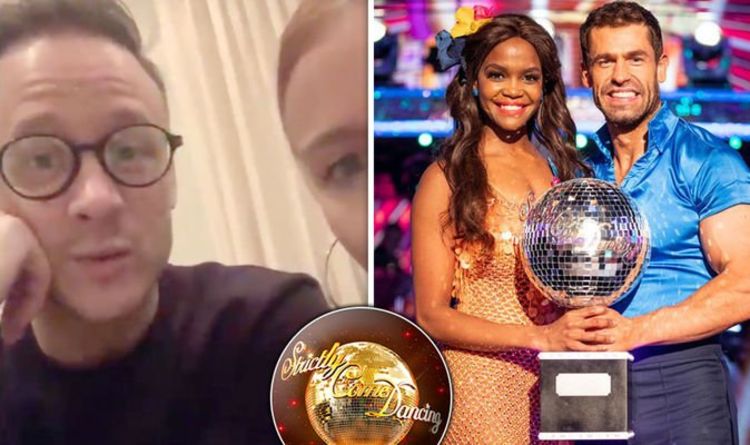 “… performance,” she finished. “It was just… the Showdance was what I think did it for your guys. And we couldn’t be happier for you both.”

“Really, really proud,” Kevin said. “To be honest, you smashed it from week one and all the way through the series.”

“Yeah, that Samba. That Samba was no joke,” she said, recalling his initial routine with pro partner Oti, 29.

Kevin then recalled: “I was there when you first did that Samba in the space, in the rehearsal on the Friday before the Saturday of week one.