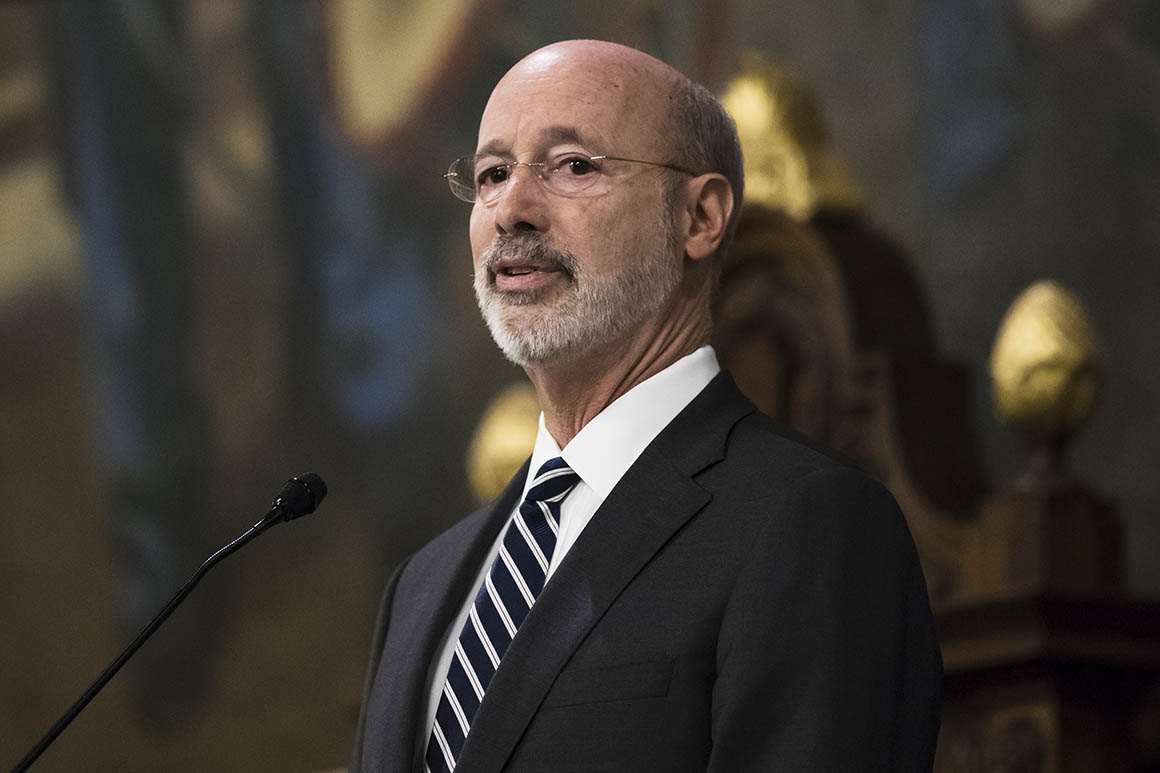 “My nightmare is that on Election Day in November, you’re waiting for Montgomery County’s results to declare Pennsylvania to declare who wins the White House,” said Montgomery County Commissioner Ken Lawrence, a Democrat who chairs the Board of Elections there. “The reality is that all of our counties are going to be in that same situation, and it will take a while to actually count the ballots.”

Less than two weeks away from the state’s primary, some election officials in the state said they lack the needed funding and staff to handle the massive influx of mail-in ballots they’ve received for that race. They also said the fact that they legally can’t start counting those ballots until the morning of Election Day is complicating matters. In addition to delaying a final tally, the chaos and confusion could sow distrust ahead of the general election and give fodder to those seeking to discredit its results.

“I’ve had a lot of people reach out to me so far. They got the wrong party ballot sent to them. They got the wrong district ballot sent to them. And now I’m having people getting multiple ballots sent to them. These are the things that are inevitable when you rush the implementation of mail-in voting like we did here,” said Allegheny County Democratic Councilwoman and election board member Bethany Hallam. “But I’m worried that, if Donald Trump loses in November, do the Republicans use all these examples of errors with mail-in voting as their excuse to invalidate election results?”

Democratic Gov. Tom Wolf signed no-excuse mail-in ballot voting and other reforms into law late last year, making the June 2 primary the first test of those changes. Prior to the coronavirus outbreak, election officials expected to have months, if not years, to acclimate voters to the option of voting by mail. Instead, they’ve been forced to transform the system overnight.

In Philadelphia, the most populous part of the state, officials predicted before the pandemic that they would get 70,000 to 90,000 applications for mail-in and absentee ballots in the primary. Through Thursday, with several days to go until the deadline, they had already received about 158,000. They said the previous record, set in a presidential general election, was roughly 23,000.

The deluge has led to a backlog: Officials said last week about 18,000 ballots are still waiting to be sent to city voters.

In Pittsburgh’s Allegheny County, the second biggest county in the state, the situation is worse: It had a backlog of 80,000 ballots last week. It has received more than 225,000 mail-in and absentee ballot applications through Thursday — compared to the 10,000 absentee ballots it gets in a typical presidential primary, officials said,

“We don’t just have a perfect storm. We have perfect storms,” said Republican Al Schmidt, one of the three Philadelphia city commissioners who oversee elections here. “We have new voting technology. We have an election reform that pushed back all the deadlines. And we have mail-in ballots and the pandemic.”

Though election officials said they will process all of the mailed-in votes and that most of the errors with the ballots have been minor, they worry that news like thousands of ballots with flawed instructions being sent to voters in suburban Philadelphia’s Montgomery County will lead to increased suspicion of the new voting method.

It’s unclear which party will be harmed more by such doubts. In low-income and minority neighborhoods in Democratic-dominated Philadelphia, voters have requested mail-in ballots at lower rates than those in more affluent areas. Overall, though, 69 percent of applications processed for mail and absentee ballots in the state have come from Democratic voters, compared to 30 percent from Republicans, which some GOP insiders in the state blame on Trump’s opposition to the voting method.

Trump has railed against mail voting, claiming without evidence that it is “a very dangerous thing for this country because they’re cheaters.” On Wednesday, he inaccurately said that Michigan — like Pennsylvania, a Rust Belt giant that is critical to the president’s path to reelection — is sending absentee ballots to 7.7 million voters and threatened to withhold funding to the state “if they want to go down this Voter Fraud path!”

The state is sending applications, not the actual ballots, to all registered voters.

Pennsylvania has not sent mail-in ballot applications to all eligible voters during the primary, though some local governments, such as Allegheny County, have. Secretary of State Kathy Boockvar is open to the possibility of sending mail-in ballot applications to every voter in the general election “with the necessary additional resources,” according to spokeswoman Wanda Murren. An aide to Wolf said he will make a determination on the idea “based on experience in the primary, as we understand county processing capacity and other factors.”

Boockvar also supports allowing election officials to start counting mail ballots before Election Day, but that would require action by the state legislature.

Ahead of the primary, some election officials said that unrealistic deadlines mean some voters won’t get their mail-in ballots in time. The final day a voter can apply for such a ballot is May 26, but it must be received by election administrators just a week later.

“The reality is if you apply on May 26 for your mail-in ballot, there’s no way we’re going to get it mailed out to you and you’re going to mail it back before June 2,” said Lawrence.

Montgomery County and other areas are putting out drop boxes so voters in that situation can deliver their ballots in person.

Officials said hiring freezes and budget cuts that have been implemented due to the pandemic are making a bad situation worse. In Philadelphia, commissioners planned to hire about 50 more employees to help process the new law permitting voting by mail. But they were only able to bring in 25 before the coronavirus hit.

Mayor Jim Kenney also initially proposed a $ 10 million increase to the City Commissioners Office this year, but withdrew the bump in a revised budget plan that he unveiled after the virus spread. Election officials throughout Pennsylvania said that the $ 14 million allocated to the state for election assistance in the CARES Act is far from enough.

“We would probably need millions in order to really adequately fulfill the huge lift,” said Lisa Deeley, a Democratic Philadelphia city commissioner. “My office has been a whirlwind.”