Killing Eve season 3 cast: Who is in the cast... 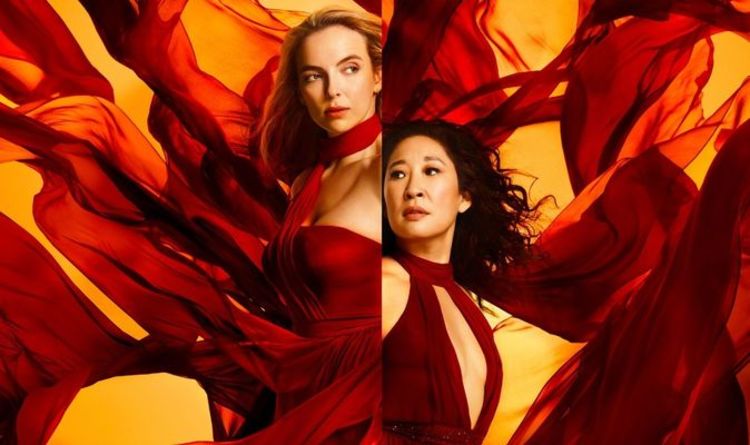 Liverpool’s Jodie Comer is back as psychopathic serial killer Villanelle.

At the end of season two, Villanelle fired a gun at former MI6 detective Eve Polastri (played by Sandra Oh), after Eve denied having feelings for her.

Where and what Villanelle would do next and if Eve survived was left on a major cliffhanger.

Comer is best known for playing Chloe Gemmell in My Fat Diary and Ivy Moxam in BBC Three’s Thirteen.

For her portrayal of Villanelle, Comer won a Primetime Emmy Award for Outstanding Lead Actress in a Drama Series and a British Academy Television Award for Best Actress.

Sandra Oh has reprised her role as Eve Polastri, the former detective who is obsessed with female assassins.

Ever since Eve heard of Villanelle, her life took a much darker turn.

In season two, she even committed her first murder.

She also left Hugo (Edward Bluemel) bleeding on a hotel room floor from a stomach wound. At the moment it is unknown if he will return.

Judging by the trailer for season three, Eve is well and truly alive but what this means for Villanelle remains unknown.

For her role as Eve, Oh was the first actress of Asian descent to be nominated for the Primetime Emmy Award for Outstanding Lead Actress in a Drama series.

Owen McDonell has reprised his role as Niko, Eve’s estranged husband.
The couple distanced themselves from each other during the first two seasons and in the last series, he had an affair with his colleague Gemma (Emma Pierson)

Villanelle played Niko and Gemma a visit and brutally murdered his lover.
The Irish actor is best known for his role as Garda Sergeant Jack Driscoll in RTÉ’s Single-Handed.

Sean Delaney is back as Kenny, the son of MI6 boss Carolyn Martins.

Kenny has left his espionage past behind and distanced himself from his mother by pursuing a career in journalism.

Killing Eve is Delaney’s first major on-screen role, having only appeared in one episode of Midsomer Murders prior to Killing Eve.

Inside No.9’s Steve Pemberton joins the cast as Paul, a bureaucrat from the Foreign Office who will be working closely with Carolyn.

Belgravia’s Dame Harriet Walter has also joined the cast of Killing Eve as Dasha, a former Russian gymnast and old friend of Villanelle’s.

Mo Jafari, best known for his role in A Christmas Prince plays a new employee at MI6.

Killing Eve will air at 9pm on BBC America and AMC on Sunday, April 12

The series will then begin on BBC iPlayer on Monday, April 13 at 6am.

Episodes will then air every Sunday, beginning Sunday, April 19 at 9pm on BBC One as well as airing every Monday on iPlayer.