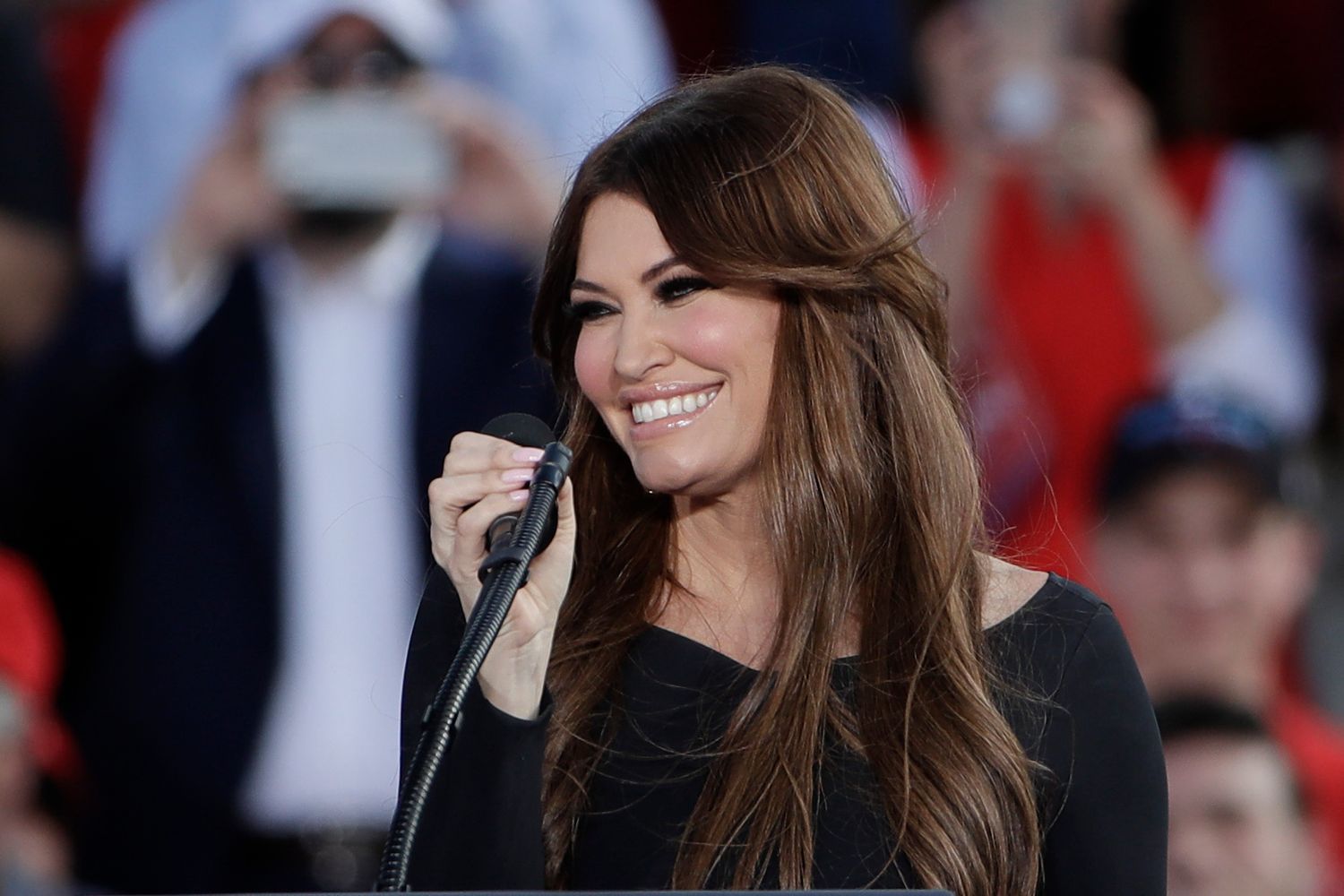 Particularly concerning to some Republicans is that a few of the new additions have not worked as political fundraisers before. One is a friend of Gor and the child of Don Huffines, a major GOP donor. Another is New York socialite and Guilfoyle friend Somers Farkas. People close to the operation acknowledge that Farkas was an unorthodox hire but pointed out that she had spent years raising money for an array of causes.

There are growing Republican worries that the internal turmoil will hurt the campaign’s fundraising. The task of shepherding midlevel donors demands a high level of organization and staff coordination, with outreach to thousands of people who are neither megadonors with bottomless bank accounts nor smaller contributors being hit up for a few hundred dollars at most.

Those involved with the campaign describe the 51-year-old Guilfoyle, who took on the finance chair role in February, as one of the president’s most tenacious fundraisers. The former Fox News host has taken on the challenging task of developing a traditional donor network, something George W. Bush made famous with his “Pioneer” program, but which the anti-establishment Trump has struggled to create. Her supporters say she has performed in the face of a pandemic that has chilled the fundraising environment by cutting off most in-person donor events.

Campaign officials said the bundling program had raised around $ 73 million and that she had grown the network from roughly 1,000 in January to 6,500.

Guilfoyle’s unit is part of a massive Trump fundraising apparatus. Her department raises money into Trump Victory, a joint account between the reelection campaign and the Republican National Committee. While Guilfoyle’s team is mainly responsible for gathering $ 2,800 checks, the committee focuses on collecting donations into the hundreds of thousands of dollars. There is also the Trump Make America Great Again Committee, which vacuums up small-dollar contributions.

“Kimberly is one of the president’s strongest and hardest-working advocates, and he is lucky to have her fighting in his corner,” said Ronna McDaniel, the RNC chair.

House Minority Leader Kevin McCarthy said, “When it comes to raising valuable resources and connecting with voters, Kimberly Guilfoyle is putting on a master class.”

But Guilfoyle has rankled fellow finance staffers by claiming what they consider to be her reluctance to share credit for successes. Trump this week hosted a “virtual” fundraiser that drew $ 20 million largely from small-dollar donors who gave online, an operation Guilfoyle doesn’t oversee day to day. Guilfoyle hosted the event and interviewed Trump during the broadcast. But in the days after, aides expressed annoyance about a press release issued afterward that quoted Guilfoyle but made no mention of anyone else who helped organize the effort.

While establishing a bundling network was always going to be difficult for Trump after his frontal assault on the party establishment, people involved in the campaign say there’s still an imperative for any incumbent president to maximize donations across the board — and a recognition that, with Biden well ahead in polls, every cent will count.

Some remain irked by a recent pro-Israel-themed Zoom fundraiser. The campaign signed off on plans for tickets to the event, which coincided with the anniversary of Trump’s decision to move the U.S. Embassy from Tel Aviv to Jerusalem, to be made available to donors for $ 1,000. But Guilfoyle’s team then began circulating tickets to some donors for $ 150, leading to confusion.

People familiar with Guilfoyle’s decision say she wanted the fundraiser to be a lower-cost grassroots event, allowing more people to participate. But others expressed concern that the event raised less money than it could have and worried about the perception that some donors were asked to pay more than others to participate.

There are also questions about spending. In March, two staffers chose not to fly commercial and instead took the private jet of a major Trump donor to the president’s Mar-a-Lago resort for a finance event. The campaign had to reimburse the roughly $ 25,000 cost.

Trump campaign officials were galled when they realized they’d be footing the bill for the flight. Staffers on the reelection effort are typically expected to book travel on an internal office database and use low-cost commercial flights.

Guilfoyle herself has used private planes to travel to and from fundraisers. But people close to her argued that it amounted to a small sum given that the events often net millions of dollars. The logistics of traveling to multiple fundraisers in such a short amount of time, they added, often make commercial travel unrealistic.

Those close to Guilfoyle say that while her style isn’t for everyone, she is well liked by her staff.

In response to inquiries for this story, the campaign provided statements from finance team members who lavished praise on Guilfoyle. Maggie Mulvaney, director of finance operations, said the group is “united behind Kimberly Guilfoyle’s leadership. We are a team and we have a singular purpose of victory for President Trump.”

CORRECTION: An earlier version of this story misstated the city Guilfoyle flew back to from Mt. Rushmore.