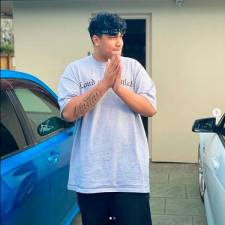 A 17-year-old New Zealander whose TikTok anthem Savage Love has been viewed more than a billion times said Oct 14 “it blows his mind” to have now topped the US Billboard singles chart.

“It blows my mind to be US number 1,“ he said in a social media video post.

The young producer’s dream run of success began after the tune– Savage Love (Laxed – Siren Beat) – was picked up by TikTok users as the backing track for a hugely popular dance challenge.

The challenge – which saw users showcase their cultural heritage by dressing in traditional outfits and dancing to the song — was also embraced by stars like Jennifer Lopez, Jimmy Fallon.

As of Monday the hashtags #sirenbeat, #sirenbeatchallenge and #laxedsirenbeat have collectively been viewed over two billion times on the video-based social media platform.

Nanai was signed by Columbia Records and has now topped the charts in Britain, Germany, New Zealand and Australia among other countries.

The song initially caused some controversy after RnB superstar Jason Derulo took the original beat, added some lyrics, and promoted it as his own.

Following the controversy, Nanai told local radio station Mai FM in June there had been an exchange of messages between the two before the incident, but that it was “unfinished business.”

Columbia Records has since said Derulo and Nanai have “put aside their differences and come together”.- AFP