Kiwiz is among one of Fortnite’s most successful content groups, previously housed under the Luminosity banner. Today, they announce a new org of their own

We previously reported on some drama that was brewing in the Fortnite creator community between Luminosity and Kiwiz. It boils down to a group of content creators who outgrew their organization and wanted to start something on their own

After Kiwiz, Randnumb, Formula, and Nicks jointly left Luminosity following the termination of their contracts, they were quick to tease a new org. And apparently, it’s been in the works for months at this point

The team account, previously holding a placeholder name “070520,” sent its first tweet with an ominous “7%” message. The obvious assumption was that their new org was “seven out of a hundred percent loaded up”

Both on Twitter and YouTube, the team account (which had no formal name at the time) rose past 100,000 followers that same day. The next day, however, Fortnite fans were thrown for a loop when the account tweeted this:

6%… Were we going back in time – or was there a glitch in the matrix? Either way, sounds like a better plan than what 2020 offered us so far. Unfortunately, neither of those options came to fruition as some clever individuals came to the conclusion that the org would be named “One Percent,” as the percent dropped by 1 every day until the 5th of July

And that’s exactly what happened. Welcome to the world, team One Percent! With 5 powerhouse content creators – and one sick new mansion to house the boys, this Fortnite org has made an exceptional splash within the industry

Speaking about mansions, check out the creators sporting their supercars in front of said house 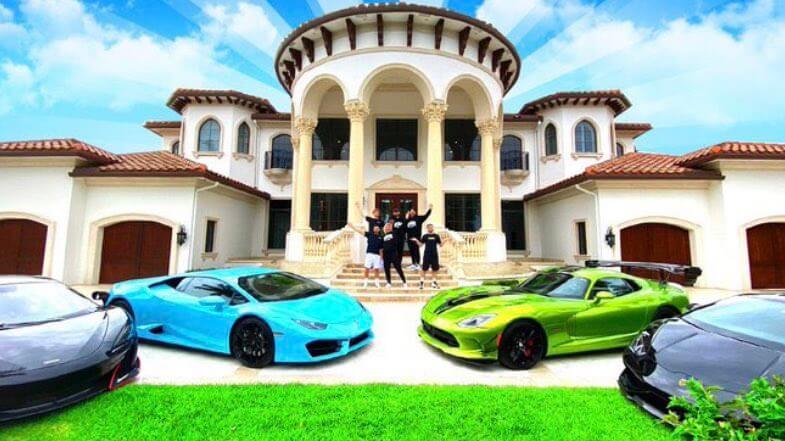 Playing Fortnite and running up the bag – life truly doesn’t get any better. Randum (cofounder of One Percent) even threw a little shade at Luminosity by commenting on how their new house was superior

I say the glow up was pretty cool……… pic.twitter.com/ROXeYwLyFC

One Percent still has a long way to prove themselves as a dominant org in the Fortnite world. As of right now, they hands down have the best content roster on lock. But if they neglect the competitive side and fail to pick up some t1 recruits, their lasting impact in the game might go down the drain as well

Best of luck to the new owners and potentially new prospects to One Percent! We’ll be following closely