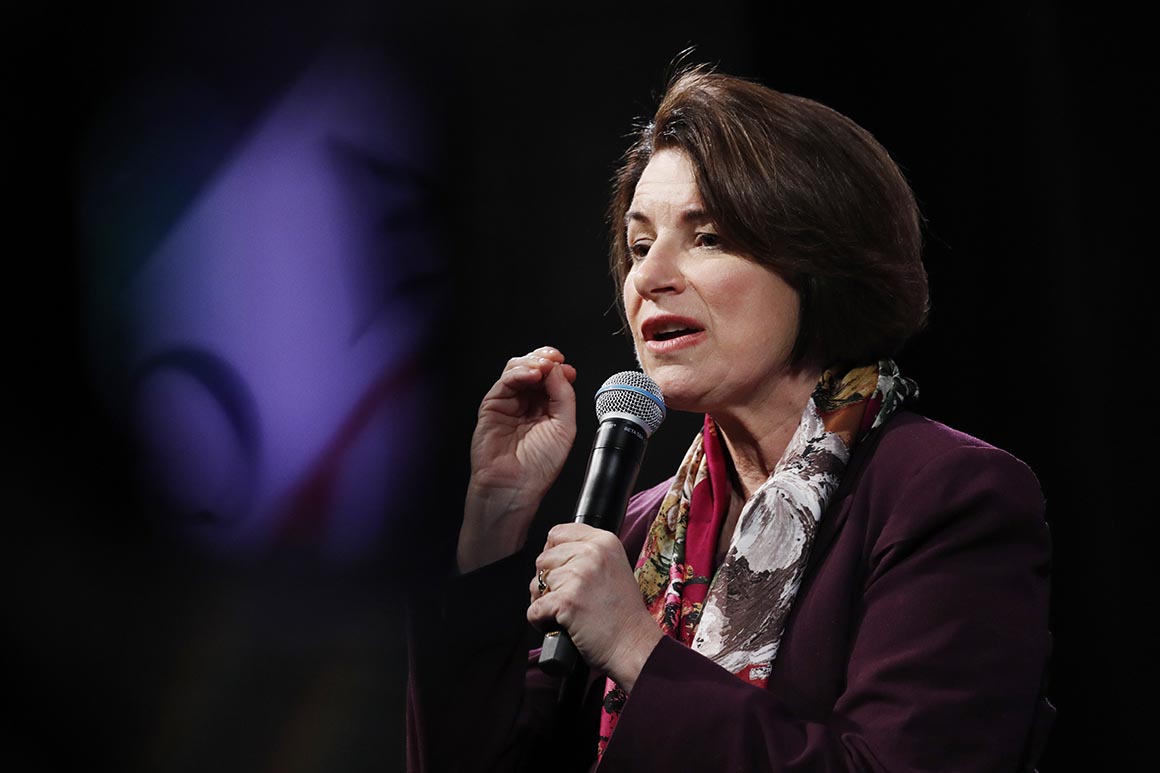 In adding her name to the growing chorus of voices who think Biden should not pick a white woman, Klobuchar’s announcement was widely viewed by Democratic insiders as a blow to the chances of Massachusetts’ Sen Elizabeth Warren, who is a top consideration for Biden.

Biden, who has not committed to picking a running mate based on race, region or ideology, has said he plans to make his decision by early August.

After Klobuchar’s announcement, Biden tweeted: “Amy — from the moment you announced you were running for president in a snowstorm, it wasn’t hard to see you had the grit and determination to do anything you set your mind to. You know how to get things done. With your help, we’re going to beat Donald Trump.”

Klobuchar’s withdrawal reflected her trademark pragmatism, and her statement that Biden should pick a woman of color spoke to the growing belief by Democrats, including the candidate’s allies, that his ticket needs a racial balance. That sentiment only intensified after Floyd’s killing at the end of May.

Klobuchar had unique challenges with voters of color during her primary bid. She did little to attract black and Latino voters and she was latterly viewed with suspicion by activists against police brutality because she was a former prosecutor in Minneapolis, the city where Floyd was killed.

Klobuchar’s decision to step back was immediately praised on Twitter by two of Biden’s advisers.

“@amyklobuchar just withdrew from VP consideration with such grace; seizing this historical moment to commit her leadership to helping her state of Minnesota heal,” wrote adviser Karine Jean-Pierre.

Klobuchar on Thursday said she would focus on helping her home state heal after weeks of unrest and police violence directed at protesters, and cited her position on the Senate Judiciary Committee as a way forward for creating meaningful police reform.

When asked by O’Donnell whether she thought the discussions of race and police brutality would remain front and center of the presidential race going forward, Klobuchar responded “of course it will be.”

Still, Klobuchar maintained that her career in law enforcement would not have hindered her ability to run and serve well as vice president.

“I could have functioned fine and there is a lot of untruths out there about my record,” Klobuchar said. “And now is not the time to debate those. Some things that have been put out on there through the internet. That’s just what life is in politics.”

Max Cohen contributed to this report.