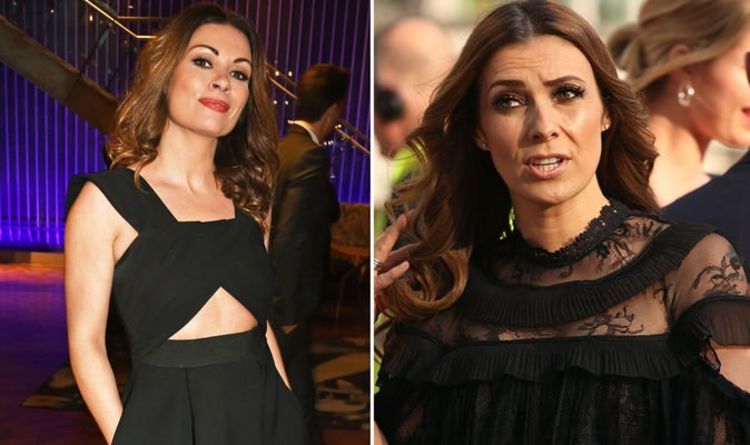 Coronation Street star Alison King, 46, appeared worse-for-wear at the National Television Awards 2020 earlier this month, and was even accused of kissing her married co-star Mikey North, 33, who plays Gary Windass.

Both Alison, who plays Carla Connor, and Mikey have strongly denied the claims.

Now, her friend and former co-star Kym Marsh, 43, has spoken out about Alison’s appearance at the ceremony, saying “photos can be deceptive”.

Speaking in her OK! Magazine column, she said: “Some people were saying Corrie’s Alison King had so much fun she had to be ‘escorted’ out because she was drunk.

“Now, I wasn’t there so I don’t know what happened, but I do know photos can be very deceptive.

“You only have to blink and you can look very drunk. Bur even if she was tipsy, so what?

“They were all having a good time and celebrating Katie [McGlynn] and Peter [Ash’s] win.”

After the ceremony, footage of Alison and Mikey talking prompted accusations of a kiss between them.

He has since issued a statement, which reads: “I would like to make one thing clear, I did not kiss my co-star Alison King during the recent National Television Awards.

“It is beyond ludicrous to suggest that I would or that I did. The grainy recording shows me simply speaking into her ear at what was a noisy public event.”

The soap regular went on to confirm that he has lodged a complaint with the Independent Press Standards Organisation.

Alison, who is engaged to Davis Stuckley, has also issue a statement via her representative.

She said: “I would like to take this opportunity to say that, whilst it was obvious to see that regrettably I did have too much to drink at the National TV Awards, and chose to leave the event early, I did not kiss my co star Mikey North as has been reported.”

Her statement comes after a source told The Sun: “Ali has no recollection of kissing Mikey.