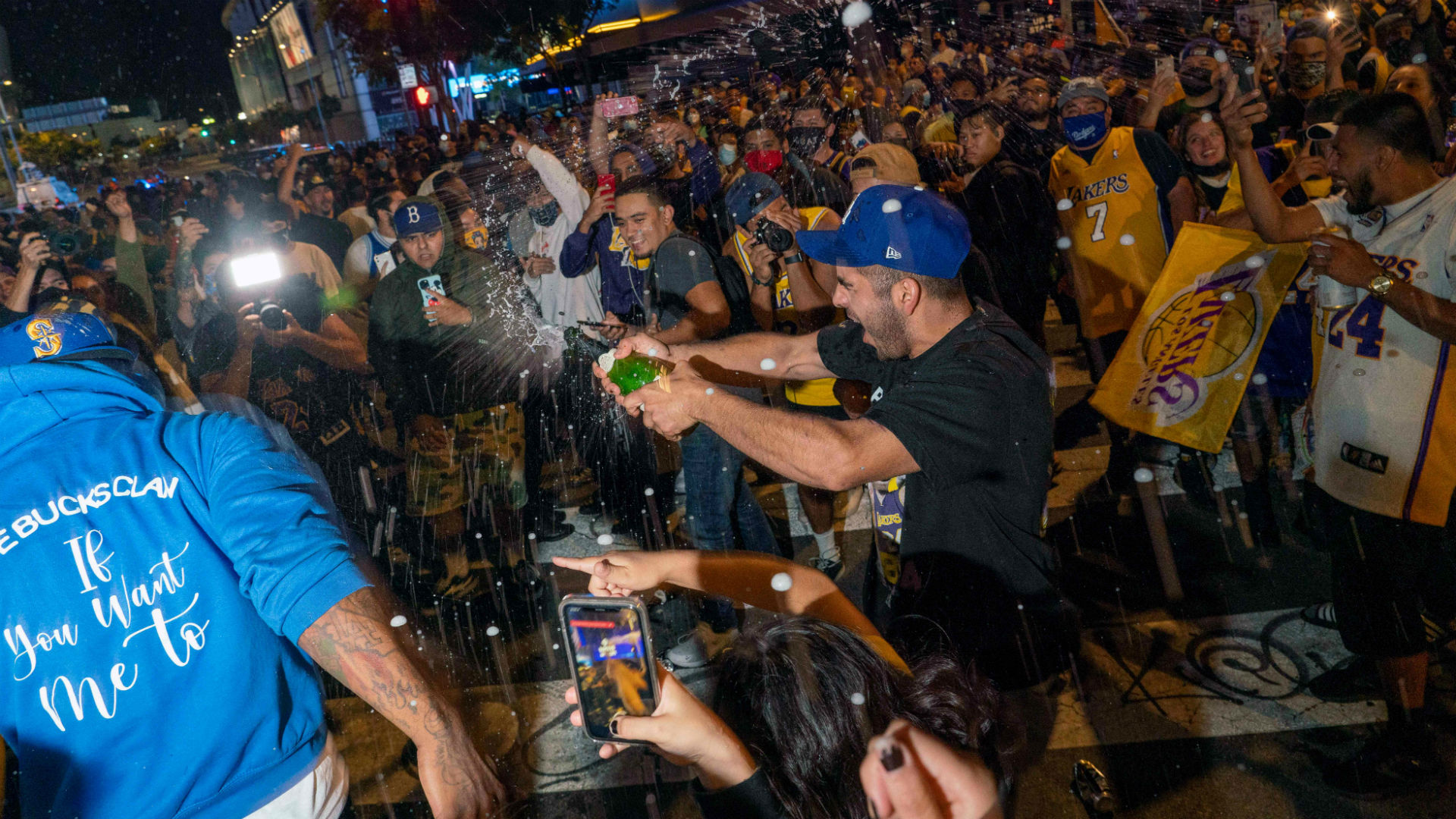 The Los Angeles County Department of Health says it’s “highly likely” that celebrations related to the Lakers’ NBA championship are partly to blame for the recent spike in COVID-19 cases in the LA area.

In early October, Los Angeles was averaging fewer than 1,000 new cases per day, but by last week that number had risen to 1,200 new cases a day. The Lakers closed out their championship against the Heat on Oct. 11. The county health department is also concerned that a similar spike could follow the Dodgers’ World Series run, which could end with a title as soon as Tuesday night.

“It is impossible to determine the exact exposures that contributed to this increase,” the Department of Health said in a statement to USA Today. “However, it is highly likely that gatherings to watch and/or celebrate the Lakers, along with any other gatherings that occurred 2-3 weeks ago where people weren’t wearing face coverings and were in close contact with each other, contributed to the rise in LA County cases.”

MORE: Dodgers at crossroads of dynasty and disappointment

The prevelance of watch parties may be even higher in 2020 because of both the NBA Finals and World Series being played at neutral sites far from Los Angeles. The Finals took place in Orlando, Fla., while the World Series is being played in Arlington, Texas. The health department referred to LA’s sports teams as “mighty” but warned about the danger of such gatherings.

“As fans continue to watch and celebrate the mighty LA sport teams,” the department said in its statement to USA Today, “we are mindful that if individuals are not adhering to the health officer order requirements of distancing, infection control and masking, cases will continue to rise which, unfortunately, not only leads to increased illness and death, but also slows down our recovery journey.”

Worry about COVID-19 at championship celebrations also existed after the Tampa Bay Lightning won the Stanley Cup. A celebration with Lightning players included fans drinking out of the Stanley Cup, which would not be an advisable behavior during this pandemic.