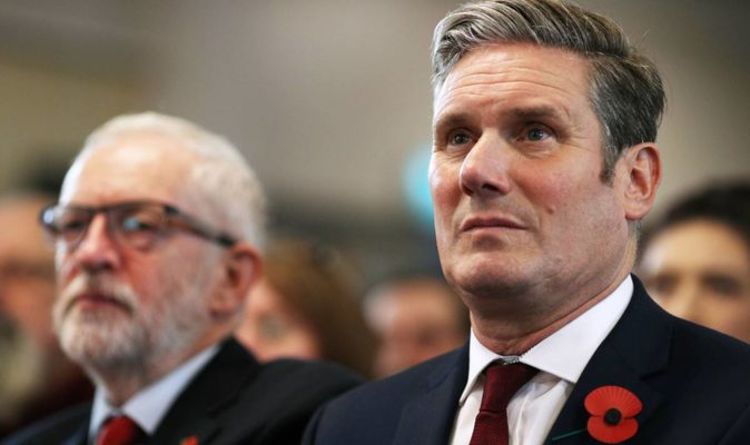 Jeremy Corbyn supporters within the party suffered humiliating defeats last week, as their chosen candidates failed to win either the leadership election or elections to the National Executive Committee. To add insult to injury, the majority of Mr Corbyn’s shadow cabinet were then demoted to the backbenches, with only Rebecca Long Bailey and Andrew McDonald surviving the cull. However, the Labour hard left is regrouping under the leadership of Richard Burgon MP for Leeds East and John McDonnell, the former shadow chancellor and close confidant of Mr Corbyn.

Allies of both men say they are seeking to strengthen and refocus the Campaign Group, the caucus of socialist MPs who organised Mr Corbyn’s leadership campaign in 2015.

A senior party insider told the Guardian: “John is mobilising on several fronts and he’s adept at using proxies and ciphers.”

He went on to ominously joke that the former shadow chancellor was “retiring to spend more time on politicking”.

Labour’s hard left wants to offer an alternative to the Fabian Society, which has traditionally developed policy ideas for the party’s leadership.

Mr Burgon and Mr McDonnell plan to use the reconstituted Campaign Group to develop and promote their own policy agendas in order to counter the influence of the Fabian Society, as well as provide support to their allies in the party.

The Fabian Society, founded in 1884, was involved in the founding of the Labour Party and has ever since remained affiliated to it.

This comes as Momentum, the left wing grassroots movement that provided a bedrock of support to the former Labour leader, admitted that it had to reform and change.

The group also said that it must not repeat the mistakes of the past and allow the Labour Party to be controlled by centrists and must ensure that it remains the epicentre of the Socialist Labour Left.

Calling for unity and “comradely debate” the statement said: “In the wake of Keir Starmer’s first round victory in the Labour leadership contest, it is clear that Momentum and the left cannot continue as it has been.

“Unlike previous years, Momentum endorsed candidates won neither the OMOV vote for leader nor for the NEC, where the left vote was disastrously split and cost us our majority.

“At the present moment, our movement is in great peril of making the same mistakes we did after our defeat in the 1980s.

“We risk retreating from the challenge of making our ideas mainstream, fighting between ourselves and allowing our party to be taken over once more by centrists.

“The Momentum NCG recognises this risk and through this statement calls for unity, reflection and comradely debate on the way forward.”

The NCG pointed out its many achievements, which included doubling the size of the socialist caucus in the Labour Party, as well as recent successes in internal elections.