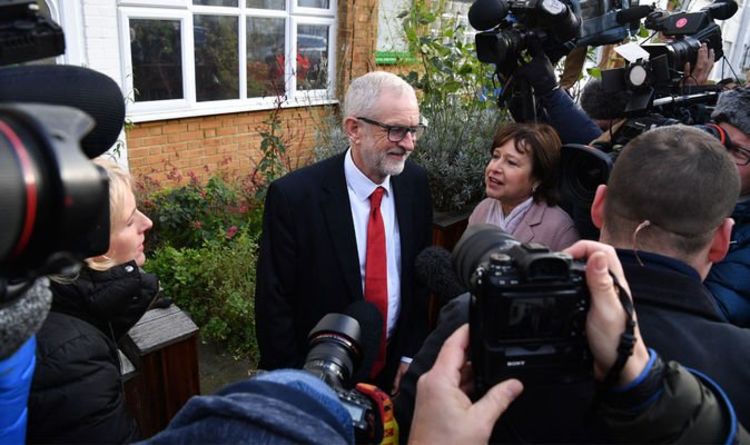 Speaking on BBC’s Newsnight the Labour peer confessed the total defeat of Labour could face losing its traditional bases altogether when faced with a Boris Johnson Government that practices a much different style of politics. “You’ve got an activist Government that is gonna come in which is going to actually target the North and the Midlands in terms of infrastructure in terms of investment in terms of turning its back on neoliberal economics,” he said. In this month’s general election, Mr Johnson managed to achieve what many thought impossible breaking the Red Wall in the North in some cases gaining constituencies that have never been Toriy since their creation.

Faced with the desertion of these key areas of support Lord Gasman claimed that Labour’s decline may just be beginning, adding: “The scale of this defeat Labour may die its lost its home its lost its heart land its become much more middle class.”

After the results were in the Conservatives hold a whopping 78 seat majority with many commentators attributing the convincing win to both a strong desire for Brexit in the North and a major distrust of Jeremy Corbyn.

Lord Glasman said the only hope for the party now is to reflect on these reasons “What we need in terms of leadership is people prepared to recognise the scale of the defeat because Labour is in danger of being completely irrelevant to the conversation.”

Mr Corbyn announced during his Islington North acceptance speech that he will stand down as Labour leader.

The Leader of the Opposition has said he will not lead Labour into another election campaign, although he will continue to lead the party during a “period of reflection” as it decides the direction it should take next.

He later also apologised to supporters and acknowledged Labour “came up short”.

However, he insists the policies presented were “genuinely popular and had reset terms of debate”.

Mr McDonnell also apologised for the performance and admitted that he “owns this disaster”.

JUST IN: ‘Shameful’ Baroness MUST apologise for horror Israel comments

“They were front and centre of everything in this campaign so they own it, they have to take responsibility for it.

“Corbyn and Corbynism is now finished, the British public has made that clear.”

Mr Kinnock also revealed what he thought were the “three main reasons” for the defeat: “Firstly, weak and incompetent leadership.

“Secondly, the decision to back a second referendum, which massively alienated voters in our Leave-voting heartlands.

“I think when you put all those three things together, and they all link to each other, you can see why the British electorate didn’t just support us, sections of them were repelled by what we were putting forward.”