Labour feud: How Jess Phillips clashed with Diane Abbott – 'I told her to f*** off!' 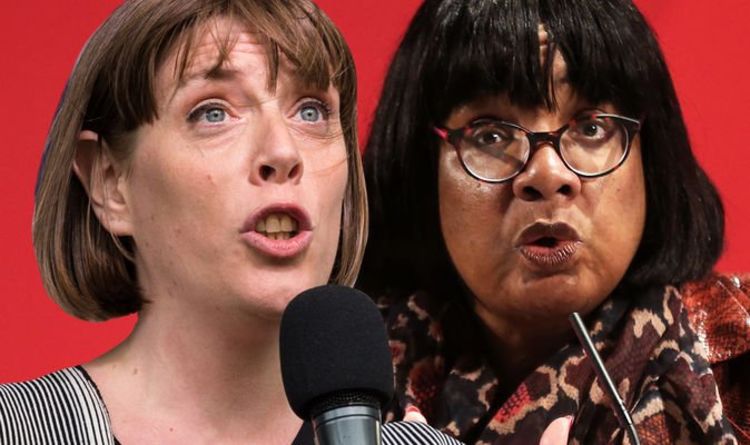 Ms Phillips is poised to launch her bid to replace Jeremy Corbyn as leader of the Labour Party today following the electoral disaster for the party in the general election last month. She will be facing competitors including Keir Starmer, Rebecca Long-Bailey, Lisa Nandy, Emily Thornberry and Yvette Cooper. Ms Phillips has previously been outspoken about Mr Corbyn’s leadership, even threatening to resign from the party if he was reelected in 2016.

She asked at a meeting of the Parliamentary Labour Party (PLP) why he had failed to appoint a woman to any of the top positions – Shadow Chancellor, Shadow Foreign Secretary or Shadow Home Secretary.

At the time, Ms Abbott was Shadow International Development Secretary – although she was later promoted to Shadow Home Secretary – and Ms Phillips was a newly elected MP.

READ MORE: How Ian Lavery was parachuted into seat set for all-women shortlist

According to the Huffington Post, the pair had a fiery exchange during the PLP meeting in September 2015.

Ms Abbott accused Ms Phillips of being “sanctimonious” and insisted that she was “not the only feminist in the PLP”.

Mr Corbyn reportedly looked on in silence as the two exchanged verbal blows.

Ms Phillips told the Huffington Post: “I roundly told her to f*** off.”

“What was extraordinary is that she made a big deal of telling people she had.

“Nobody ever checked back with me. If they had I’d have said no, she didn’t.”

According to ITV, Ms Phillips later apologised for swearing at Ms Abbott.

It has previously been reported that Mr Corbyn and Ms Abbott were in a romantic relationship in the Seventies.

However, Ms Phillips said she does not believe it was the personal history between the pair which prevented him from intervening in the bitter row.

She said: “It’s not what I would have done. I would have told us both to pack it in, but then I’m the mother of a 10-year-old.

“He probably knows what she’s like and thought there’s little point.”

She added: “It was nothing to do with the fact that they were lovers.”