Labour fury: Moderates claim stitch up as Rebecca Long-Bailey given... 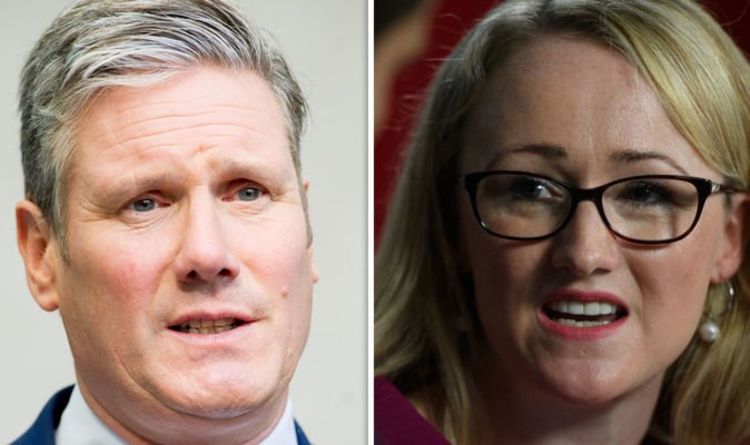 Ms Long-Bailey has announced her intentions to run for the Labour leadership, going up alongside the likes of Shadow Brexit Secretary Keir Starmer and Jess Phillips. She is seen by many as the pro-Jeremy Corbyn candidate. On Tuesday the race to replace Mr Corbyn at the head of Labour begins

But according to the Telegraph, Labour officials are coming under fire from MPs after it was revealed that candidates would not be granted access to party members’ details until mid-February.

In Tribune magazine, Ms Long-Bailey said: “We need a proud socialist to lead the Labour Party, driven by their principles and an unwavering determination to see democratic socialism in our lifetime.

“For all of these reasons and more, I have decided to stand for election to become the next leader of our Party.

“I don’t just agree with the policies, I’ve spent the last four years writing them.”

She added: “I’m not your typical politician. I’m not a millionaire or a landlord, and I didn’t go to a posh school.

“Instead I’m a lifelong socialist, dedicated to our movement and determined to do my bit.

“You’re as likely to see me on a picket line as you are at the dispatch box, and you can trust me to fight the establishment tooth and nail.”

Earlier on Monday, reports suggested that Angela Rayner – who is tipped to be Ms Long-Bailey’s deputy – was embroiled in a sexism row with former MP Tom Watson.