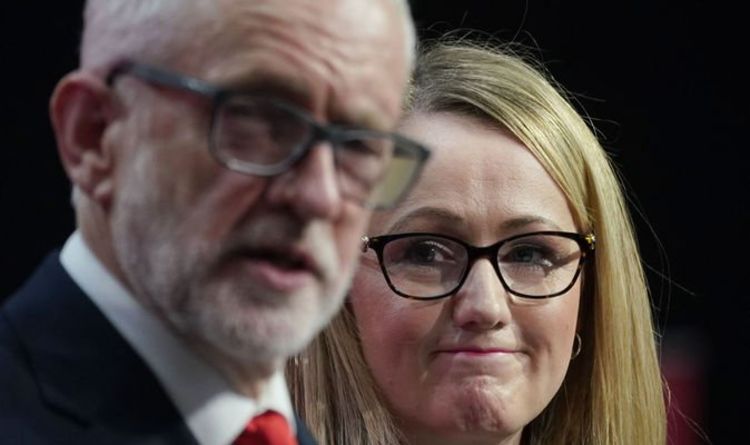 Rebecca Long-Bailey, who is standing for leadership of the Labour Party alongside five others, faced huge backlash after retweeting a post in support of her leadership from Young Labour’s London branch. The shadow business secretary has largely been regarded as the continuity candidate from the current leader, Jeremy Corbyn.

The post revealed gaps in her support base, however, with several users condemning her leadership, or stating their preference for other candidates.

One user put it bluntly: “No thanks. Team Nandy.”

Another, more sarcastically, said: “Yep, Dom Cummings wants you as leader too.

“Should really cut down on future Conservative election spending.”

One user wrote: “I’m curious to know if you balloted your members about who to endorse?”

To this, Dan McGil, policy officer at Old Bexley & Sidcup Labour, and treasurer for Bexley Young Labour wrote: “Erm we weren’t asked, the decision was made by a nasty clique of hard left bullies who are obsessed with Jeremy Corbyn, RLB’s gonna lost anyway so…”

Many of the candidates were notable members of Mr Corbyn’s shadow government, supporting him fervently to the end, though some were and are vocal critics of the Labour leader.

Ms Phillips, MP for Birmingham Yardley, railed against Mr Corbyn on several points and has picked-up as many nominations needed for the next stage.

Talking on BBC Radio 4’s, ‘Any Questions?’ Ms Long-Bailey set out where and how she thought the party had gone wrong in losing the votes of the Jewish community.

She said: “”Lifelong Jewish voters in our communities just couldn’t support us because we’d lost their trust.

“We’re the party of Harold Laski, the Lever brothers, Ralph Miliband and Philip Gould – and we’ve got to make sure this never happens again and that this trust is rebuilt quickly.