Lakers' defense as powerful as a superstar, in Frank Vogel's mind 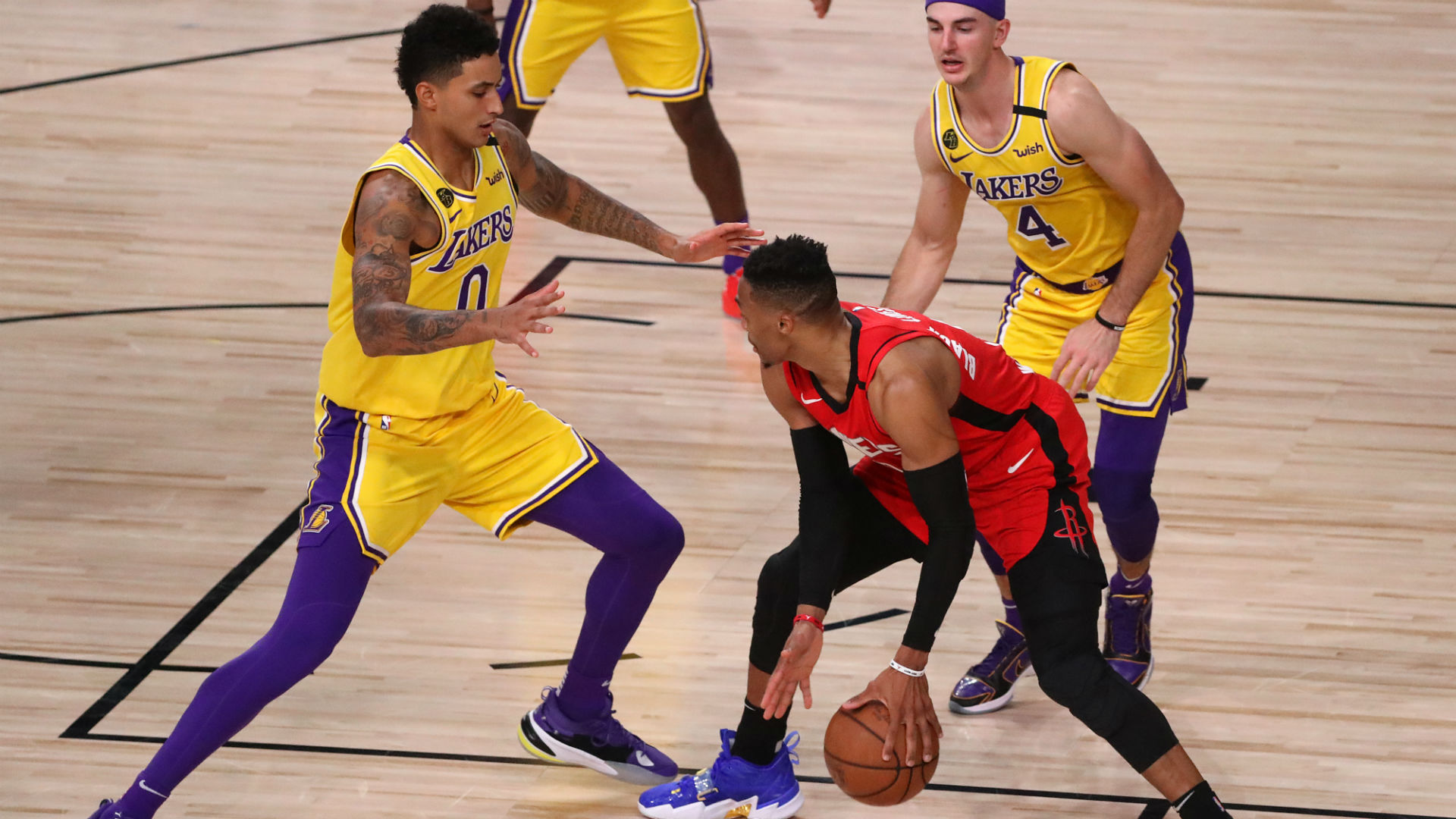 The Lakers’ “elite” defense is the team’s third superstar, according to coach Frank Vogel.

LA restricted the Rockets to 43.1 percent shooting from the field in Game 4 of the teams’ Western Conference semifinal series Thursday. It also held Rockets All-Star guard James Harden to 2-of-11 shooting in sealing a 110-100 win and a 3-1 series lead.

The Lakers missed out on free agent Kawhi Leonard to the Clippers last offseason, but Vogel feels their defense makes up for the absence of a third star alongside LeBron James and Anthony Davis.

“That’s as powerful a weapon as there is in one of these playoff runs. It’s as powerful as a superstar,” Vogel said of his team’s ability to get stops. “If you have an elite defense, that can be your third star, so to speak.

“When you have the confidence that you can go four, five, six possessions where you’re just squeezing the other team’s offense, getting stops, and then with our ability to run the floor, with LeBron James being the quarterback of that action and being in attack mode, we have a strong belief in what we can accomplish as a group.”

Harden still finished the game with 21 points by making 16 of his 20 free throw attempts, so Vogel acknowledged there is still room for improvement by his team.

“We’re happy with what we were doing on the defensive end,” he said. “It can always get better.

“Obviously, the fouls [can be cut down]. Plan A with guarding James Harden is don’t put him on the free throw line and we gave him 20 free throw attempts. So, we’ve got to make sure we’re doing a better job there, but overall, we’re just trying to limit him and make him as uncomfortable as we can.

“He’s seen every coverage there is in the world and he knows how to attack it. Like I said all along with this group and with him: We’re not going to be comfortable because we know what he’s capable of.

“So, we’ve just got to continue to watch film, get better, strengthen the plan each game that we play and hopefully get better in Game 5.”

James explained how difficult it is for the team to defend against Harden.

“We’re just trying to eliminate anything that we can from him, because he can score from [anywhere]. He gets into the paint with his runners, with his floaters. Obviously, he’s got the step-back. He’s got the 3s in transition. He has his catch-and-shoot 3s when he’s off the ball. And, like I said, he’s very tricky with his moves in the paint, where he gets to the free throw line.

“So we’re just trying to take away some things. We can’t take away everything, because that’s how great he is offensively. We try to follow the game plan and see what happens from there.”