Lakers vs. Heat live score, updates, highlights from Game 5 of the 2020 NBA Finals 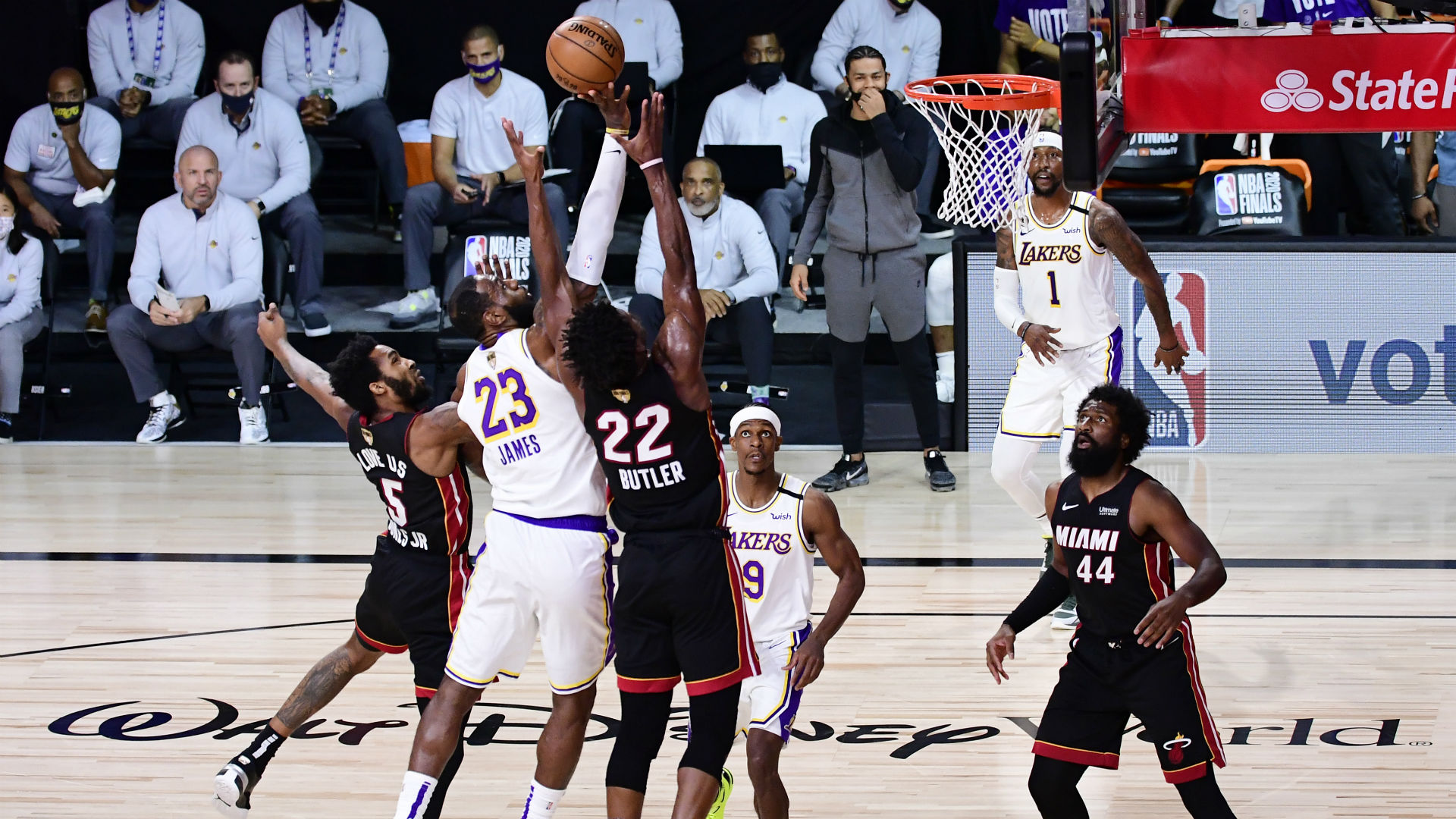 Is it finally time to crown the Lakers as NBA champions and leave the “bubble” behind for good? Or will the Heat spoil the celebration? We find out Friday night.

Los Angeles took a commanding 3-1 lead in the 2020 NBA Finals with a hard-fought Game 4 win. LeBron James knows about as well as anyone that 3-1 doesn’t mean the series is over, so he will be looking to close it out in Game 5 and capture his fourth career title.

As for Miami’s mentality, this Heat team has no intentions of laying down and letting the Lakers walk out with the Larry O’Brien trophy.

“We’re so comfortable with who we are and how we play that that’s what we’re going to go out there and do. And we’re going to live with the end result,” Heat forward Jimmy Butler said after Game 4. “Obviously, we want it to be a win, but we just got to lock in on us knowing that we can control a lot of these things, but our confidence ain’t going nowhere.

“It’s going to stay high. I’m going to make sure that it stays high because it’s going to have to be at an all-time high to get this next win.”

Sporting News will provide live updates and highlights from Game 5 between the Lakers and Heat. Follow along right here.

11 p.m. — X-factor alert! Duncan Robinson has 20 points on 6-of-12 shooting from the field. A big four-point play keeps the Heat ahead going into the final frame.

10:45 p.m. — OUCH. Jimmy Butler takes a hard shot to the head from Dwight Howard. That’s a flagrant-one foul. Butler shakes it off and hits the free throw.

10:15 p.m. — What a half from Jimmy Butler: 22 points, six rebounds, six assists and three steals in 23 minutes. He beats the buzzer and gives the Heat a four-point lead heading into the locker room.

10:10 p.m. — LeBron James is keeping the Lakers in this game. He already has 21 points, three rebounds and three assists.

Anthony Davis re-aggravated his right heel contusion that’s been on the injury report. Looked like he got kicked there. He is available to return.

9:40 p.m. — Uh oh. Anthony Davis appeared to go down with a possible ankle/heel injury. He’s staying in the bench area for now.

9:05 p.m. — The Lakers are rocking the Black Mamba uniforms, so Anthony Davis decided to pull out some Gold Mamba kicks.

8:55 p.m. — So 259 playoff games, huh? That’s more than three full regular seasons. Seems a bit excessive. Let someone else have a chance, LeBron.

8:40 p.m. — With Goran Dragic still stuck on the sideline, the Heat are going with the same starting five as Game 4.