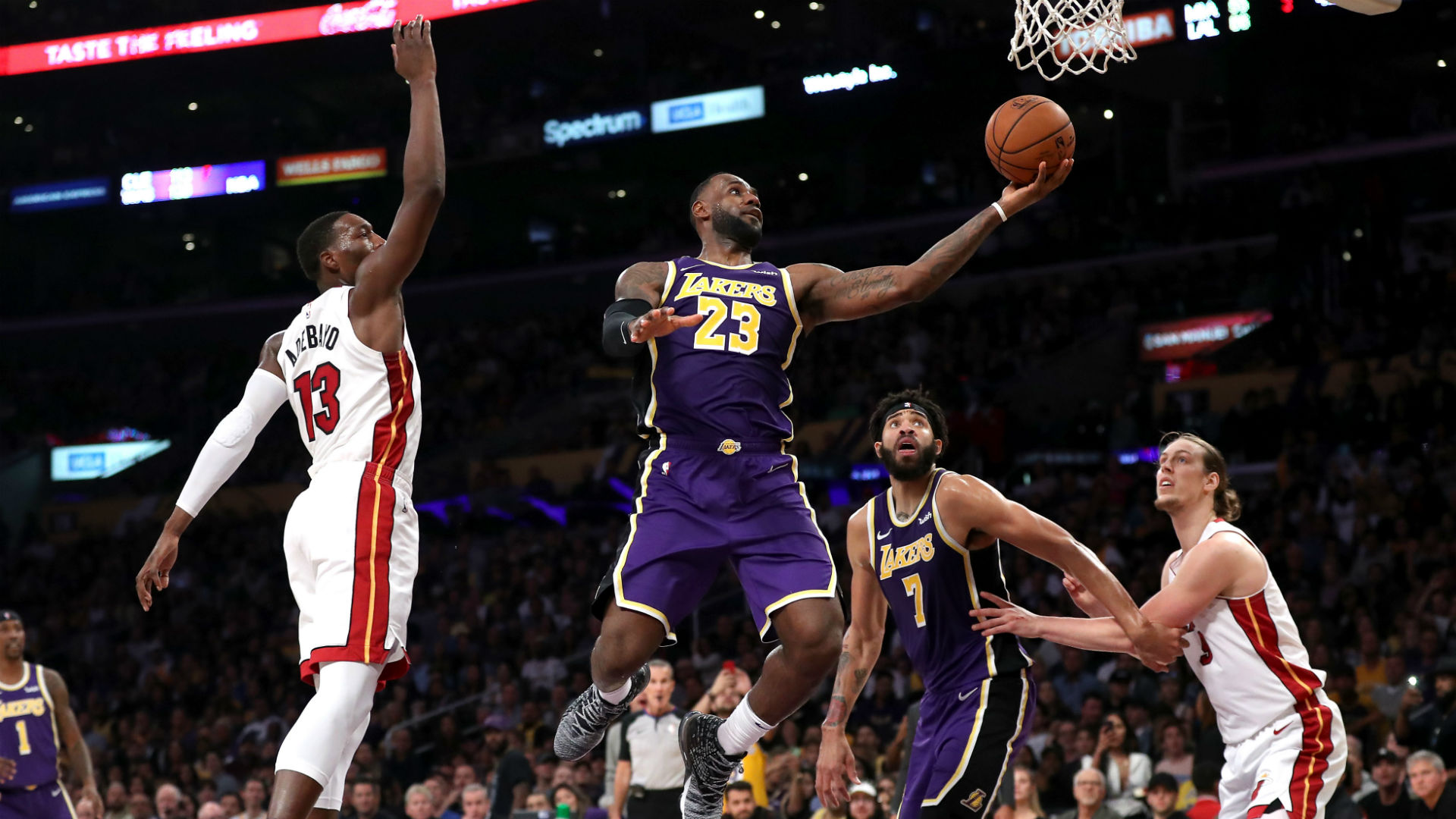 What to know about Heat vs. Lakers

After the Heat closed out the Eastern Conference finals with a Game 6 win over the Celtics on Sunday night, Miami forward Jimmy Butler offered a nice summary of the past decade of NBA Finals series.

“The main key — and it’s been like this for a very long time — if you want to win, you’re going to have to go through a LeBron James-led team,” Butler said. “At the end of the day, that’s what it normally comes down to. That’s what we’ve gotta focus in on. Obviously you can’t just focus in on him because he has so many really good players around him, but you’re going to get the same test over and over again until you pass it. That test is LeBron James.”

Oh, that guy is back. James has reached nine of the past 10 NBA Finals, this time coming out of the Western Conference with the Lakers after eight trips as a member of the Cavs, and yes, the Heat. The reunion storyline will be hanging over the Miami-Los Angeles matchup because James’ departure from South Beach in 2014 left hard feelings on both sides.

However, this isn’t about James facing Pat Riley. It’s about a championship favorite in the Lakers facing a Heat team with some serious 2004 Pistons vibes.

James and Anthony Davis are the top two players in the series, but how far down the list can you go before hitting another Laker? Butler, Bam Adebayo, Goran Dragic and more have each made a splash in these playoffs for the Heat and contributed to victories in their own ways. Miami isn’t satisfied with making it this far — the Heat are here to win it all.

Which team will leave the “bubble” with the Larry O’Brien trophy? Let’s dive in …

There is no stopping James, but the Heat can deploy a few forwards capable of at least challenging him, including a former Finals MVP in Iguodala who is extremely familiar with James’ game from the Cavs-Warriors days.

As has always been the case, the key is to prevent James from living in the paint. Through 15 playoff games, James has taken 267 field goal attempts, 139 of which have come within eight feet of the basket, per NBA.com stats. If he gets rolling downhill, well, good luck with that.

Keep him on the perimeter, though, and you can live with the results. James is shooting just 32.5 percent on 3-pointers above the break this postseason, and he dipped under 30 percent from deep against both the Rockets and Nuggets.

No need to chase over screens like James is Duncan Robinson. Heat coach Erik Spoelstra will take this possession every time.

“You just got to have that will, understanding you’re guarding the top talent ever,” Iguodala told The Undefeated’s Marc J. Spears. “He’s going to make you pay when you make mistakes. You just try to play mistake-free basketball. Put him in vulnerable situations where you feel like you got the advantage, whether it’s a shot or a pass or where he is defensively.”

Butler, Crowder and Iguodala possess the strength, speed and quick hands to occasionally push James away from the areas in which he’d prefer to operate.

When it comes down to it, though, defense on James is a team effort. That’s why Spoelstra may use Miami’s zone defense as a change-up pitch.

The problem with the zone? Davis is the ideal guy to carve it up, and James knows how to find him.

While the Heat flustered the Celtics with the zone at times during the Eastern Conference finals, the Lakers are a different animal. Instead of Daniel Theis catching the ball in the middle, it’s a First Team All-NBA player. (Meyers Leonard won’t be part of the zone in the Finals, but the point stands.)

Davis is hitting nearly 80 percent of his playoff shots in the restricted area and more than 50 percent of his attempts from midrange, per NBA.com stats. His ability to score at multiple levels puts pressure on the defense and opens passing lanes.

If the Heat plan to utilize the zone for long stretches, they must be on a string with their rotations and constantly communicating where Davis is roaming. (Adebayo will draw the primary assignment if they mostly stick with man-to-man. He can’t afford to get in foul trouble against Davis, who is averaging 9.8 free throws per game in the postseason.)

This is not the same defense Los Angeles saw during the regular season, obviously, but this version of Davis also looks far more comfortable with his team than he did back in December when the Heat and Lakers last met.

For all the talk about the Heat winning by committee, Miami will absolutely need an All-Star effort from Butler each night. When Butler has scored 20 or more points in these playoffs, the Heat are 7-0. When he goes under that number, the Heat are 5-3.

Will guarding James wear Butler down and impact what he can contribute offensively? The answer to that question could ultimately decide the series.

As Butler himself put it, the Heat will have to play “damn near perfect” to beat the Lakers. If Miami pulls it off, don’t be surprised. This group has shown itself to be as connected, fearless and determined as any in the NBA.

The bet here is that James and Davis will propel Los Angeles to the championship, outperforming Butler and Adebayo and overcoming the limitations of the supporting cast. Then they will celebrate by saying, “We’re getting the hell out of Disney World.”

The NBA regular season started on Oct. 22, 2019. Almost a full year later, a champion will be crowned. Whether it’s the Heat or Lakers, they will have earned it, no asterisks necessary.