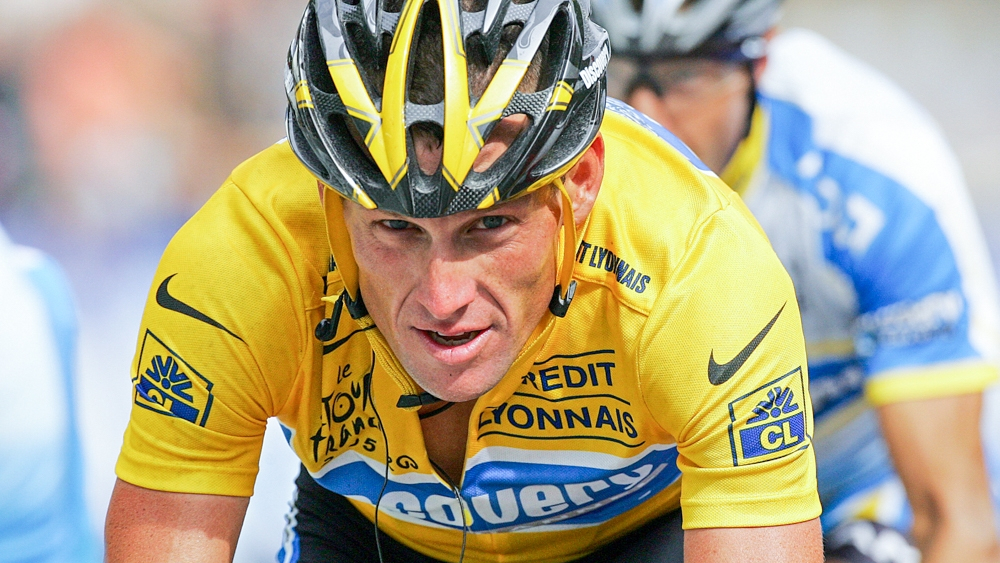 The access-for-objectivity tradeoff has long permeated sports documentaries, as filmmakers let central figures dictate terms of their work in exchange for the privilege of interview time. There’s also a desire among many directors with sports backgrounds to make flawless heroes out of deeply flawed people.

Look no further than “The Last Dance” — an ESPN series that gave Michael Jordan endless hype while limiting criticism of his negative qualities — to understand how the genre is susceptible to favoring pedestals over hard truths.

Marina Zenovovich, director of ESPN’s two-part “LANCE” documentary on the career of former cyclist Lance Armstrong, is a staunch critic of deifying subjects. She hopes “LANCE” drills as close to objective truth as possible — a difficult task considering Armstrong’s lifelong penchant for lying.

“You never want to just glorify someone. You want to try to explore the complexities of people,” Zenovovich told Sporting News. “You have to be objective. You have to bring your all and kind of come to it open and not have any preconceived ideas.”

“LANCE” premieres Sunday night on ESPN. It gets Armstrong on the record through eight interviews conducted by Zenovovich where he faces direct questions about his cheating scandal, treatment of others and dramatic downfall. It also puts those around Armstrong during his highs and lows in front of the camera.

Here are details about the documentary’s release and Armstrong’s backstory:

“LANCE” will be split into two parts, with the first airing Sunday, May 24, at 9 p.m. ET. The documentary premieres a week after the end of ESPN’s popular 10-part series on Michael Jordan.

ESPN will continue its run of documentaries in early June with a pair of showings.

What does the documentary cover?

“LANCE” is a definitive look back at the complex life of Lance Armstrong, who won the Tour de France seven times in a row before being caught doping and subsequently trying to torpedo the careers of those once in his inner circle.

For Zenovovich, one of the main challenges was something investigative journalists often face: getting people desperate to be seen in a positive light to provide insightful context and commentary.

“You’re just doing things intuitively and instinctually and hoping that you’re getting something,” Zenovovich told Sporting News of cutting through false narratives when conducting interviews. “If, in the moment, you’re thinking that someone’s trying to portray themselves in certain ways, hopefully you call them on it. But you try not to bring a lot of judgment. It’s empathy and compassion and coming open to hear what they have to say.”

Below is the trailer for the film.

Armstrong used performance-enhancing drugs to help his cycling stamina from 1996 onward, according to the U.S. Anti-Doping Agency (USADA). He was subsequently banned from the sport for life — a ruling he did not contest — and stripped of his titles. Armstrong has since admitted to using PEDs.

After years of speculation about his potential doping, the turning point in the case came when former teammate Floyd Landis outed him as a ringleader in a U.S. doping scheme. Landis was also caught using PEDs.

What is the drug EPO?

Erythropoietin (EPO) is the primary performance-enhancing drug Lance Armstrong took during his cycling career. It’s different from many of the drugs used to boost athletes in other sports and is considered to be blood doping because it elevates red blood cell counts. The advantage gained is one of endurance; with more red blood cells, a competitor takes longer to reach exhaustion. That’s a big deal in a sport such as cycling, which requires immense stamina.

Armstrong took EPO during his run of unprecedented success, a transgression that led his titles to be erased from record.

What kind of cancer did Lance Armstrong have?

Armstrong was diagnosed with Stage 3 testicular cancer in 1996 when he was 25. It was a life-threatening advanced cancer that spread to his brain and led to the surgical removal of one of his testicles.

After being sidelined from cycling for two years by the disease, Armstrong returned to the sport in 1998 and found success almost immediately.

His comeback served as an inspirational force for cancer patients, and the Livestrong foundation he started raised hundreds of millions of dollars for cancer research and survivor support. Yellow Livestrong bracelets were ubiquitous in the mid-2000s and served as one of the most successful advocacy campaigns of all time. Armstrong was removed from the organization’s leadership once his doping history came to light.

Armstrong won seven straight Tour de France titles from 1999-2005. His chief rival during that period was German cyclist Jan Ullrich, who finished second to him in the Tour de France on three occasions.

Armstrong lost most of his career earnings due to lawsuits stemming from his doping scandal, but he has likely made back a good chunk of that money from a $ 100,000 investment in Uber in 2009.

At the height of his success, Armstrong was worth $ 125 million. His earnings stemmed from tournament winnings as well as lucrative sponsorships with big-name brands such as Nike and Budweiser. Today, he’s worth roughly $ 50 million.