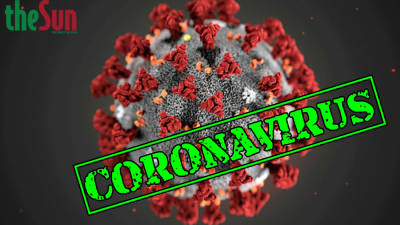 MONTEVIDEO: Latin American states preparing for the onslaught of the new coronavirus on Thursday tightened restrictions on travel links to Europe as the region recorded its third death in the outbreak.

Fears over the pandemic swept through Latin American markets, continuing a global rout that began in Asia early Thursday and forced the region’s biggest carrier to slash flights.

The Pan American Health Organization (PAHO) warned governments to get ready to cope with the pandemic.

“Countries must prepare their health services, because there will not just be one or two cases,” PAHO epidemiologist Marcos Espinal told AFP.

Though still low in terms of global figures, the number of cases in Latin America grew steadily to reach more than 250 in 15 countries, with three deaths.

The latest came in Guyana, where a 52-year-old local woman died. She had tested positive shortly after arriving from the United States last week.

Following Venezuela and Bolivia, Paraguay and Peru became the latest countries to suspend flights from Europe, where Italy’s death toll from the virus soared past 1,000.

“This decision has been taken regionally, so there will be no flights to our continent from Europe,” Edgar Melgarejo, president of Paraguay’s National Directorate of Civil Aeronautics, told reporters.

Latin America’s biggest airline, the Chilean-Brazilian carrier Latam, said it was canceling 30 % of its international flights for a two-month period due to falling demand over the coronavirus crisis.

The measure will mainly affect flights from South America to Europe and the United States between April 1 and May 30, the company said.

Argentina’s government suspended international flights from the worst affected countries, without stipulating which ones, for 30 days and declared a year-long health emergency.

Last Saturday, Argentina was the first Latin American country to announce a death and has had 31 cases.

Six Central American states and the Dominican Republic agreed Thursday to formulate a regional contingency plan to complement national efforts to deal with the coronavirus. The region has more than 50 cases, most of them in Costa Rica and Panama.

As well as the travel restrictions, Bolivia’s interim President Jeanine Anez announced the closure of school and university classes.

“I am making an appeal to Bolivians for calm,” Anez told reporters.

Mexico’s private Tecnologico de Monterrey, with 150,000 students and 30,000 staff in several states, said it would suspend classes next week and resume them online later in the month.

Venezuelan President Nicolas Maduro said there were no confirmed cases in his crisis-worn country, but said large public gatherings and concerts were now prohibited.

“We have to take gradually escalating measures,” he said after announcing the suspension of all flights from Europe for a month.

Socialist leader Maduro said Venezuela was considering closing its borders with Colombia and Brazil but called for “coordination” with the right-wing governments of Duque and Jair Bolsonaro, both of which have branded him a dictator.

Maduro’s challenger for power, Juan Guaido, said the pandemic obliged him to reconsider calling his supporters into the streets — a tactic he has used in his so far unsuccessful bid that began last year to force Maduro from power.

But he added in a Twitter video: “The fight for democracy is not suspended.”

Brazil’s Bolsonaro, who has previously tried to downplay the virus outbreak, has been tested for the disease, his son Eduardo revealed on Thursday.

Duque also banned gatherings of more than 500 people in the country, which has nine confirmed cases of the coronavirus disease.

Other measures announced by Duque included suspending prison visits and banning cruise ships landing at the popular ports of Cartagena and Santa Marta.

PAHO said it was sending support missions to countries with the weakest health services — Haiti, Venezuela, Honduras and Paraguay.

“But everyone has to do their part — governments, civil society, citizens — because it is a multisectoral effort,” Espinal told AFP.

Worst hit of the stock markets was Sao Paulo which plunged almost 15 % by the close. Argentina fell almost 10 % with Colombia down more than nine percent, Santiago losing over six percent and Mexico 5.3 %.

The Mexican peso closed at 21.64 to the US dollar, its lowest level since January 2017.

Sport hasn’t been spared with world football governing body FIFA calling off two rounds of South American qualifying matches for the 2022 World Cup due to be played at the end of the month.

Regional governing body CONMEBOL also suspended the next round of Copa Libertadores matches to be played next week.

The Bahamas government said it had decided to withdraw from hosting the 50th General Assembly of the Organization of American States in June. – AFP