Lavish Parties, Greedy Pols and Panic Rooms: How the ‘Apple...

Photo ops with politicians only went so far. State and local officials decided which companies got coveted licenses to operate and whether to treat the businesses in their backyards more like partners or adversaries. Cannabis firms needed real political clout.

In April 2018, former House Speaker John Boehner, a Republican, joined the advisory board of Acreage Holdings, another cannabis firm.

Four months later, Former L.A. Mayor Antonio Villaraigosa joined MedMen’s corporate board. Villaraigosa, a Democrat who has since left the board, declined to comment.

Even with allies, in cannabis, everything was still harder. In one television appearance, Bierman spoke of navigating “the most arduous retail zoning restrictions known to man.”

Indeed, MedMen and its peers had to contend with layers of unique, untested regulations that, at times, were being enforced by people with active grudges against the industry.

State law forbids cannabis shops from advertising, but in this new and controversial industry, the ban raised a whole slew of questions, the former executive said. “What is advertising? Is it the sign above your door?” As it turns out, no, the stores could have signs. But windows presented a problem. Passersby could look in from the streets and see MedMen branding inside. MedMen retooled its store concept to accommodate the law, removing visible branding from its interiors. 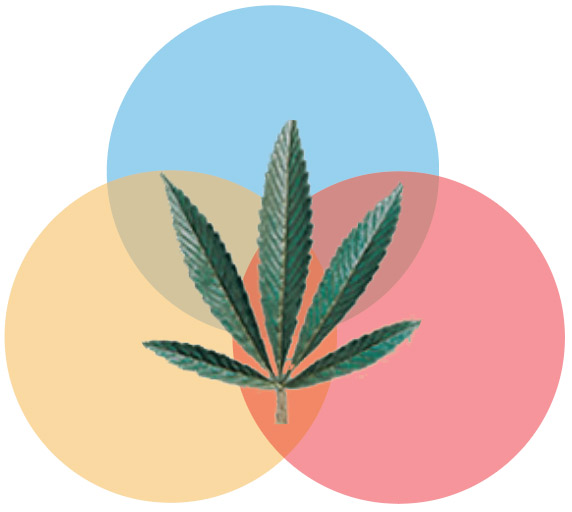 “This is a challenge for anyone.”

But then, the former executive recalled, regulators complained that “dispensing activity” taking place at the register—customers paying and staff handing them red bags with weed inside—remained visible from the outside. So, MedMen frosted its windows. Once the store interiors were hidden, they hung up MedMen-branded shirts for sale inside.

It turned out that frosted windows ran afoul of local police departments. So, the executive recalled, MedMen obtained permission from the state to restore its transparent windows. Regulators dropped their complaint about visible dispensing activity at the register but made MedMen take down its branded T-shirts.

It was determined that employees could still wear the shirts while working.

Then, there are the complications involved in financing a cannabis business.

Because of its legal status, institutional investors have, by and large, continued to shy away from it. Despite the growing number of states that have liberalized their cannabis laws and begun regulating their own markets, it remains on Schedule 1, the federal government’s list of banned narcotics. An Obama-era Justice Department policy officially discouraged prosecution of state-regulated marijuana activity, but former Attorney General Jeff Sessions rescinded that policy in 2018, raising the prospect of a renewed federal crackdown. The feared crackdown has not materialized, but Sessions’ rescission underscored the precariousness of the industry’s position.

Most banks will not even allow pot firms to open accounts out of fear of federal money-laundering laws. Those that offer their services do so quietly. Though MedMen has found banks to work with, a company spokesman told Yahoo News in 2018 that none of them wanted to be identified in the press.

It does not help, either, that cannabis firms face higher federal tax rates than others thanks to a provision of the tax code designed to prevent drug dealers from taking business deductions.

Las Vegas-based cannabis investor Leslie Bocskor said such restrictions often push cannabis operators to seek less savory sources of financing than they otherwise would need to. “We’ve created a gray market for money,” he said, “in the same way that we had a gray market for cannabis.”

Just providing customers a normal payment experience can be an ordeal. Rolling Stone reported that, for a time before MedMen went public, its stores accepted credit cards. It cloaked the practice from the card companies, which do not want to serve pot businesses, by registering under the name of an obscure corporate subsidiary. Now, the company no longer accepts credit, advertising that it takes debit cards and cash instead.

Because of federal securities law, those companies that manage to shimmy through this obstacle course and grow large enough to seek financing in the public markets have to go abroad to do so. Bocskor lays some of the blame for MedMen’s troubles at the feet of its unusual foreign IPO. Being forced to go public in Canada, rather than on an American exchange, he argues, hobbles companies by forcing them to navigate an unfamiliar regulatory landscape. He said it also makes the stock less accessible to U.S. investors, who can be uncomfortable with foreign markets.

“It’s not specific to MedMen,” Bocskor said. “This is a challenge for anyone.” 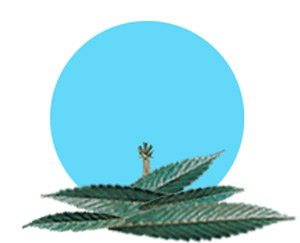 MedMen’s headquarters sits in an industrial space on an unglamorous drag in Culver City, a section of L.A. inland from Venice Beach. Across the street are manufacturers of military-grade electronic components and protective equipment for industrial workers.

One cannabis executive who visited the headquarters in its prime was struck by the super high-end sports cars in the first two parking spots outside the entrance—out of place in both the neighborhood and in this still-modest industry.

Other hints of MedMen’s grand designs only became apparent inside, where the decor, all red metal and glass, betrayed Bierman’s ambitions to mimic tech startups.

In the go-go days of 2018, the office featured free snacks and other Silicon Valley-style perks. “It wasn’t over the top,” one former employee said. “Other than the kombucha machine. I found that a little strange.”

“They would ask themselves at times, ‘Are we a marijauana company or a tech company?’”

“I couldn’t believe it,” said another cannabis executive who visited the bustling headquarters. “What do all these people do?”

Two former executives said the firm maintained a small “culture group,” whose job it was to guide the company culture.

MedMen also regularly had a masseur visit the premises to pamper staffers, though one former employee said a peek at the man’s schedule revealed he sometimes would only have one session of 30 or 45 minutes booked per day.

There was a therapist on staff, called a “performance improvement expert”—who happened to be Bierman’s personal marriage counselor—at a salary of more than $ 300,000 a year, according to allegations later made in court and denied by MedMen.

The firm had also invested heavily in IT, building its own in-house point-of-sale system, MyMedMen.

“They would ask themselves at times, ‘Are we a marijauana company or a tech company?’” recalled the person, who viewed the expenditures as wasteful distractions from the firm’s core business, pointing to the founders’ lack of experience in the tech industry. “It was nuts. It was literally nuts.”

The market suspended its disbelief. In October of 2018, MedMen announced a deal to purchase PharmaCann, an Illinois-based retailer with operations in several states, for nearly $ 700 million in stock. It was to be the largest-ever cannabis acquisition in the U.S., and the move played well with investors.

But by the end of the year, the spending and the bravado began to catch up with Bierman. In the second half 2018 alone, MedMen lost more than $ 130 million according to its disclosures.

In November, two MedMen subsidiaries were hit with a class-action lawsuit in a Los Angeles court alleging labor law violations. At the time, a MedMen spokesman told Marijuana Business Daily, “We offer competitive compensation and strive to cultivate a thriving work environment.” The case remains ongoing.

In December, the city of West Hollywood announced that MedMen’s flagship, which had been operating on a temporary permit, would not receive a permanent license to sell marijuana, placing the store in a state of semi-permanent legal limbo.

In the first week of 2019, two early investors in MedMen sued Bierman, Modlin and the company. The plaintiffs claimed that the defendants were improperly preventing them from cashing in their shares. They also accused the founders of abusing the business’s complex corporate structure to engage in “rampant, brazen self-dealing.”

A company spokesman described the allegations as “frivolous claims” and said that the plaintiffs had already profited on their investments.

Later that month, the company’s outgoing CFO filed a more sensational suit. In his complaint, James Parker claimed that Bierman and Modlin breached his contract by forcing him out of the company in response to his attempts to professionalize its finances and uphold his fiduciary duties to shareholders.

Parker also alleged in his complaint that Bierman, in private, called Los Angeles City Councilman Herb Wesson a “midget negro” (a spokesman for Wesson declined to comment) and called a marijuana activist a “fat, black lesbian”; that the founders threw around terms like “cunt,” “retard” and “pussy-bitch” and were intoxicated at corporate events; that Bierman told him to go up to an employee’s hotel room and tell the employee to “take his fist out of his boyfriend’s ass, and tell him to get to work.”

Parker’s vivid portrait of the workplace environment was only the beginning.

The complaint alleged that he was ordered to pay a Canadian firm hundreds of thousands of dollars so it would buy MedMen stock, to prop up its price when it was “under attack,” and to pay private intelligence firms to dig up dirt on MedMen’s perceived enemies.

His complaint alleged that the founders were not fully transparent about non-arm’s-length transactions with related entities and that they ordered the opening of a “sham office” in Vancouver to fool Canadian regulators.

The complaint alleged that Bierman spoke of falsifying his personal brokerage statement, with Modlin’s help, to apply for a home mortgage. Parker also alleged that Bierman asked him to donate to a Nevada politician because Bierman had personally maxed out and promised the politician more contributions. And the complaint alleged that company funds were used to pay for personal furniture for Modlin to indirectly reimburse a contribution Modlin made to the same Nevada politician.

Campaign-finance records show that the only Nevada candidate to receive maximum contributions from Parker, Bierman and Modlin is Sisolak, who presided over “MedMen Day” weeks before his election as Nevada’s governor. Representatives for Sisolak did not respond to requests for comment.