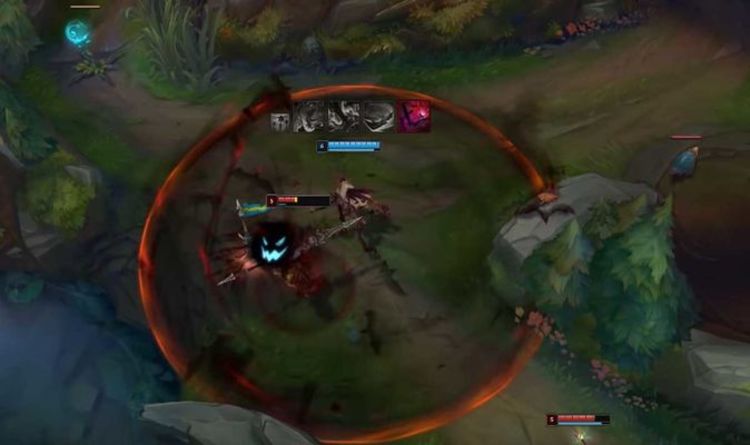 Over 1,500 LoL fans have commented on a Reddit post showcasing the new League of Legends Fiddlesticks Rework. And that should tell you something about the hype building around the new design and its LoL implications. The main topics being talked about right now is the changes to the Fiddlesticks abilities list and how much more ghastly the Scarecrow will be to face.

Commenting on the Harmless Scarecrow effect, among others, one LoL fan posted: “It’s not even gonna affect me because the duration of the fear is gonna be wasted on my jumping out of my chair anyway.

“Man with the right team comp, team fights with fiddle might be a nightmare.”

So it appears that Riot Games has completed its goal of updating Fiddlesticks to become the most terrifying champion in League of Legends.

A message from the LoL dev team adds: “As an utterly inhuman entity (regardless of what its true origins are), Fiddle lacks internal organs, a brain to think, or vocal chords to form sentences.

“Just as a scarecrow is the crude facsimile of a human being, its voice could be a crude mimicry of people it has come across/killed.

“We’re still super excited about this direction, and it’s something we want to implement for its VO.”

There’s been no release date set for the new Fiddlestick Rework but the first step will be for it to launch in the Public Beta Environment. It would make sense for this to go live in the coming weeks, meaning a launch in early April is possible on PC.