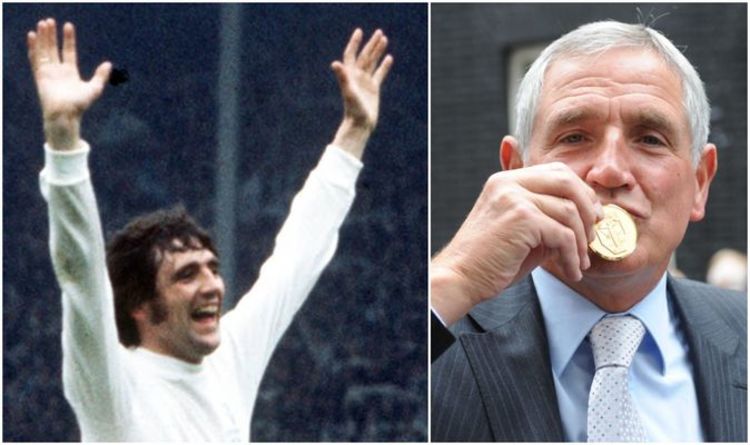 He was an unused member of the 1966 World Cup-winning squad – he only received a medal in 2007 – and only featured off the bench for nine minutes in the 1970 finals.

Handed a start for the 1974 World Cup qualifier against Poland, he uncharacteristically missed a tackle in the build-up to Jan Domarski’s goal which ended up putting England out after a calamitous home draw.

The image of a broken Hunter trooping off the field at Wembley at the final whistle summed up a failure which cost Sir Alf Ramsey his job.

The success for Hunter came at Leeds. Although he also played more than 100 games for Bristol City and Barnsley – where he later tried his hand at management – Elland Road was his playground.

He won two First Division titles, two Inter City Fairs Cups in Europe, an FA Cup and a League Cup and should probably have won more. The 1971 league title slipped through Leeds’ fingers after a disputed offside decision in a costly home loss to West Brom.

That defeat came on April 17. Forty-nine years later to the day, a Leeds legend lost his final battle.

By staronline@reachplc.com (Warren Muggleton) Police were called to boxing star Amir Khan’s house amid a bust-up – just as the family are filming for their new...
Read more
Sports

Ozzie Smith on Lou Brock: ‘You never saw Lou without a smile’