LEGO reveals first glimpse of Super Mario set and it... 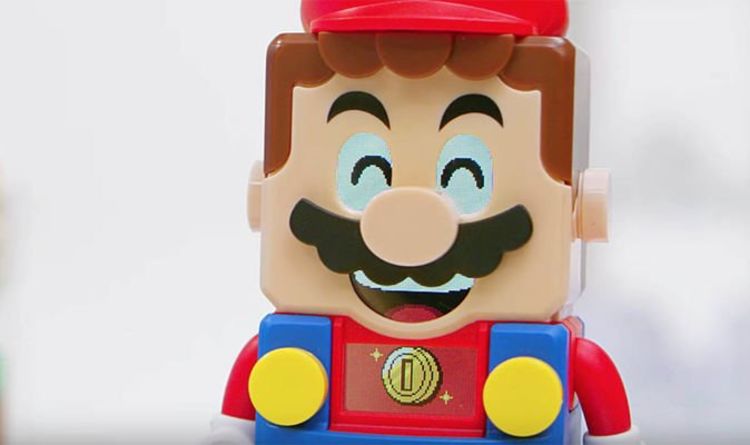 LEGO has today given fans a preview of one of their upcoming new sets based on the iconic Super Mario games, and it looks incredible.

A teaser view has shown what the LEGO Super Mario set is like to play with, and it looks like it could be LEGO’s most interactive set next.

The preview video shows that the Mario figurine has two displays on it that changed depending on where it s placed on the set.

When placed in a Warp Pipe a display on Mario’s chest displays a timer that counts down while at other points on the course Mario’s expressions on its face changes.

Also, when Mario stomps on Goombas that the plumber comes across the display on his chest shows a coin icon.

The Danish toymakers said the upcoming Super Mario sets are a “reimagination of the LEGO building experience”.

Julia Goldin, Chief Marketing Officer, EVP of the LEGO Group, said: “We are very excited to bring Mario into the physical world through interactive and social LEGO play.

“With this experience we will help millions of kids with love for Mario to engage and play in a completely new way, where they are in control of creating and playing games with their favourite character. By seamlessly incorporating the latest digital technology, LEGO Super Mario is a highly social, interactive and collaborative experience for kids.”

While Takashi Tezuka, Executive Officer and Game Producer of Nintendo, added: “I have always liked LEGO products and how they help children use their imagination to play.

“The new product we created together with the LEGO Group seeks to combine two different styles of play – one where you freely build the world of Mario and the other where you play with Mario in the very world that you have created.”

LEGO said the Super Mario sets will be launching later this year and that more information will be made available in the future.

It remains to be seen when the LEGO Super Mario toys will be released by.

But if Expressco.uk had to hazard a guess it wouldn’t be a surprise to see them launch around the time that Super Nintendo World opens it doors.

That’s because it would be the perfect addition to the new attractions gift shop.

Super Nintendo World is set to open in Osaka in time for this summer’s Tokyo Olympic Games.

And ahead of the opening of Super Nintendo World in Japan new pictures have emerged of the theme park.

Recent picures have showed attractions at Super Nintendo World featuring POW blocks, thwomps and Yoshi as well as the flag that appears at the end of old school Mario levels.

The Tokyo Olympics begins at the end of July, so Super Nintendo World should have opened its doors in Osaka by then.