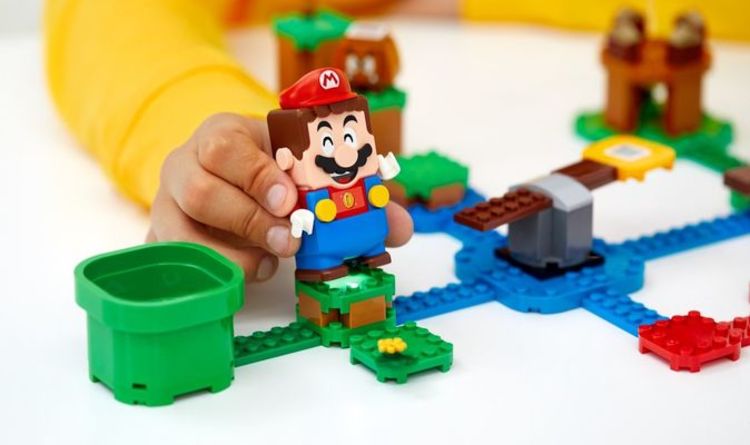 There’s no denying that on paper, LEGO and Nintendo are a match made in heaven.

When the two companies announced plans to partner up and release a selection of Super Mario LEGO sets on August 1, fans of Nintendo and LEGO couldn’t have been more excited.

That is until the announcement of the LEGO Nintendo Entertainment System, which is the coolest looking LEGO set since the company started making Death Stars and Millennium Falcons.

We haven’t had a chance to go hands-on with the LEGO NES system, but it looks like a more traditional LEGO building experience, unlike the Super Mario toys.

Instead of simply building the LEGO Super Mario sets and displaying with pride, there’s more emphasis on interactivity, customisation and play.

Considering the subject matter – and the fact that Nintendo are the masters of the unexpected – it’s no surprise to see the companies try something a little different.

The Starter Course, for example, comes with a battery-powered LEGO Mario figurine that has a small LCD screen and speaker.

You’ve also got a Start Pipe and a Goal Pole, not to mention various platforms, blocks, enemies and a Bowser Jr. boss battle to deal with.

The aim is to move Mario along the course, collect coins and either defeat or avoid enemies within the time limit.

You can rearrange the course to make it more or less challenging, and combine with other sets to create awesome new levels that are harder to conquer than you might think.

The customisable element is a particular stroke of genius – especially from a business standpoint – because it really makes you want to purchase each expansion in order to design increasingly extravagant new levels.

Overall, it’s an absolute joy to play, and really captures the essence of the early Super Mario games – especially when you hear those classic Mario sound effects coming from your figurine.

It’s also worth mentioning the companion app, which is really easy to use and packed full of useful features, such as build suggestions and the ability to take pictures of your new creations.

The only downside is that the initial building process is a little short-lived due to a general lack of pieces in each pack. Actually building each set is the best part the LEGO experience, and probably why that 2,646-pieced Nintendo Entertainment System is so appealing.

Some of the moving parts are also a little flimsy, although this is easy to rectify.

If you’re a fan of LEGO and you’ve always loved Nintendo, then you need to go out and grab the Starter Set right now.

{authortext}We know you’re busy and might miss out on all the exciting things we’re talking about on Xbox Wire every week. If you’ve got...
Read more

Eva Hamrud, Metafact As a species, humans have populated almost every corner of the earth. We have developed technologies and cultures which shape the world...
Read more

The columnist accused Radio 4’s flagship Today programme of preaching to listeners. “The BBC has decided to be a secular church and it preaches and...
Read more