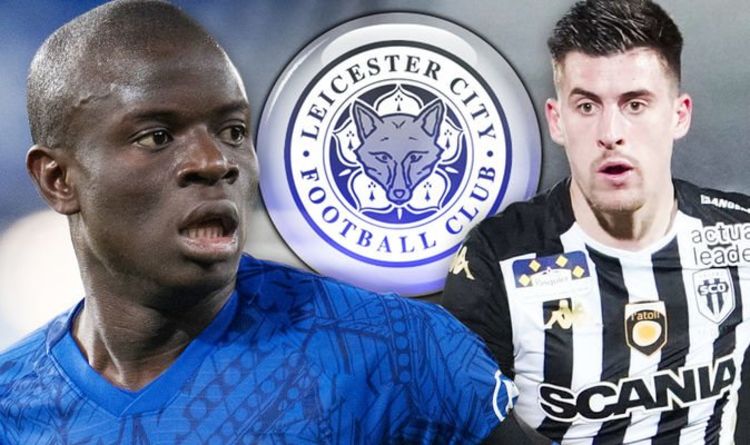 Leicester are keeping tabs on Angers midfielder Baptiste Santamaria, who has been dubbed French football’s next N’Golo Kante. The Foxes plucked an unknown Kante from Caen in August 2015, and he went on to help them win the Premier League title before moving to Chelsea.

Santamaria, 25, is in the same defensive mould as Kante and Foxes scouts have been keeping a careful eye on him in the last few months.

The former French under-20 international has been the best defensive midfielder in Ligue 1 this season, which hasn’t gone unnoticed among Premier league scouts.

Everton and Tottenham also watched him a handful of times each before the league was shut down last month because of the coronavirus pandemic.

While he is also in demand with Spanish sides Seville and Villarreal taking a keen interest as they plan their recruitment for next season.

Santamaria has made 30 first-team appearances this season, scoring a single goal and assisting another.

He has spent the last four years at Angers since moving from Tours, racking up nearly 150 appearances across all competitions.

Discussing his plans for the summer transfer window, Leicester boss Brendan Rodgers said recently: “Each year you want to improve.

“There’s no doubt that’s what our aim would be.

“By the end of the season, we’ll have been working with virtually the same squad for near-on 18 months, so you need to refresh it, you need to keep looking to raise the bar.

“That sort of plan is under way.”

And the Northern Irishman has been linked with a shock deal that could cost more than all four combined.

According to SPORT, Leicester want to sign out-of-favour Barcelona playmaker Philippe Coutinho, currently out on loan at Bayern Munich.

BySporting News Tyler Glasnow started Game 1 of the 2020 World Series for the Rays. Austin Meadows led off in Game 2. The presence of...
Read more
Sports