‘Let’s hope to heck that it works’: Pandemic pressure mounts... 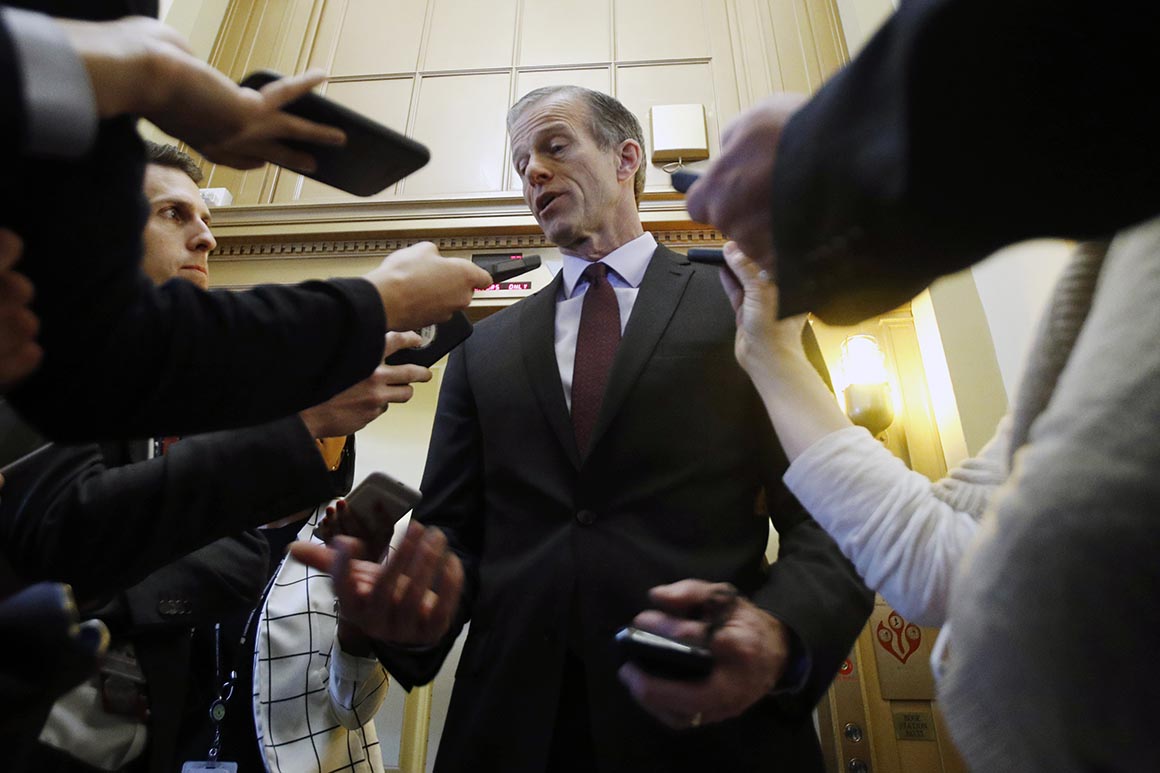 As President Donald Trump’s impeachment trial closed two months ago, 2020 was shaping up to be perhaps the lamest year in Congress in decades. Some judges would be confirmed, lawmakers would punt on the toughest issues and all eyes would turn to the presidential election.

Instead, the coronavirus pandemic will define the 116th Congress even more than earth-shaking events that just months ago seemed to embody the wild days of government under President Donald Trump. The third presidential impeachment trial, a battle over Trump’s unprecedented use of executive power to build his border wall and the longest government shutdown in U.S. history now all seem quaint.

After that marathon of drama, leaders in both chambers expected a breather heading into the fall, the usual preelection slowdown. Now, the House and the Senate are trying to stop the next Great Depression and save thousands of lives on the fly. The crisis has utterly consumed Congress, changing basically everything about the way the institution works and its priorities, according to interviews with more than a dozen senators and multiple aides in both parties.

“These are major, major policy levers that have just never been pulled before,” said Senate Majority Whip John Thune (R-S.D.) of the $ 2.2 trillion effort to aid unemployed workers, small business and corporations. “We’ll probably be studying this for some time. And let’s hope to heck that it works.”

The Coronavirus Congress is sure to go down in history as the most consequential legislature in a generation or more. But whether the House and the Senate can stabilize the economy and fight the disease will shape more than just lawmakers’ legacies — it’s also likely to determine their fates in November and the future control of Capitol Hill.

At-risk lawmakers are trying to push all that to the back of their minds. Many have essentially frozen their campaigns at the precise moment they would normally be making the election their main focus.

“The thing that we’re trying to do is to try to not think about that. The perceptions and the politics of this are truly taking a back seat for us,” said Sen. Doug Jones (D-Ala.), who faces an uphill battle for reelection this fall. “I will be judged. I’m happy to be judged on whatever I say and do at that point come November.”

At times, Congress has put away its partisan swords to pass massive pieces of legislation to respond to the disease, including the unheard of unanimous votes for March’s "Phase 3" package. But bad habits die hard: On Thursday, Senate Democrats and Republicans deadlocked over an extension of small-business relief, leaving the timing and scope of the next round of aid uncertain.

Still, there’s simply no end in sight to the amount of money Congress is likely to dedicate to the crisis — and yet some economists fear Washington is not moving quickly enough to fill the growing hole in the economy.

The gravity of the situation is just beginning to sink in with elected officials whose lives and jobs have been upended just like the rest of the public. Lawmakers are now scattered around the country: Some are stuck in D.C. while others are quarantined in their homes. Their jobs toggle between constituent services and big picture legislative thinking as they pore over grim projections that change hourly.

“I don’t know if many of us have had time to even process it,” added Sen. Chris Coons (D-Del.).

Caucus meetings are done by conference call. No one knows when Congress will come back for business as usual.

Aides worry about logistics and try to virtually staff their bosses, setting up Skype studios to do TV hits. Some TV stations aren’t even letting guests inside; Hawley’s outdoor hit on Fox News last week was punctuated by bird chirps piercing the air.

Senators work the phone for hours as they deal with a flood of interest in small-business grants and loans, cut deals for medical supplies and call one another to commiserate and try and plan the next round of trillion-dollar spending.

“No possible way would I have imagined my making calls to federal officials on a Saturday in spring trying to get more guidance so that our companies can make protective gear,” said Sen. Ron Wyden (D-Ore.).

Sen. Lamar Alexander (R-Tenn.) has served three terms in the Senate and two terms as governor and done stints as a Cabinet secretary and university president. But he doesn’t have the luxury of easing into retirement at the end of the year as he finds himself in the middle of what he calls a “fascinating moment,” if also a dire one.

“I’ve been on the phone until my neck hurts,” Alexander said. “I find myself sort of exhausted at the end of the day from the phone calls and the discussions I’m having about the present and what comes next.”

Both personally and as legislators, the coronavirus has had widespread consequences on Capitol Hill. Several House members have been infected and Rand Paul (R-Ky.) became the first senator to test positive, alarming every Senate Republicans who had come close to him and thrusting some into quarantine. Alexander lived in one room of his house once he returned home and his wife in another.

“It’s surreal,” said a similarly cloistered Sen. Angus King (I-Maine.). “The only time I go outside is when I go for a walk, and then when I see someone coming toward me, I go off onto the side of the path.”

Amid the panic over Paul’s diagnosis, Thune came down with a headache he couldn’t shake, which he found unusual given that he is rarely sick. He jumped on a plane and left Capitol Hill amid the final negotiations over the $ 2.2 trillion rescue package, worried that he would infect his staff or other senators.

“I don’t get down very often. And when I woke up in the middle of the night with a pounding headache and the next morning was all kind of feeling sickly, couldn’t get out of bed, I thought: ‘I’m not going to take any chances,’” Thune recalled.

He later tested negative, and the rest of the Senate seems to have avoided widespread infection. But there is considerable unease among senators about when to return, and many hope the chamber might be able to operate with a skeleton crew, passing legislation unanimously.

In addition to the day-to-day effects on senators who are used to being surrounded by staff or on the trail campaigning for their seats, there have been rapid shifts in power dynamics. The crisis has elevated legislators in normally sleepy positions, most notably the Senate Small Business Committee, whose chairman, Marco Rubio (R-Fla.), has found himself leading the charge for new aid to businesses.

In the past, some lawmakers have privately sought to escape the committee as their seniority increased. But with small businesses on the verge of collapse amid lockdown orders across the country, the committee suddenly has some of the greatest sway in Congress.

“I don’t think any of us anticipated that we’d be the front-and-center committee on this,” said Sen. Ben Cardin of Maryland, the panel’s top Democrat.

That committee’s work is now the subject of a widening partisan dispute, in which Republicans want to immediately replenish the $ 350 billion Paycheck Protection Program and focus on other needs later, while Democrats say $ 250 billion more for hospitals and local governments should be included in any small-business measure. The impasse is showing no signs of ending.

But at some point, the current logjam will break because it simply has to. Nearly everyone in Congress knows that protracted, weekslong fights over how to respond to the crisis will not cut it.

“In many respects, what we’ve done has been miraculous,” said Senate Minority Whip Dick Durbin (D-Ill.). “We’re rising to the occasion. It’s going to be harder and harder to maintain that status as we disagree on what’s next.”

Andrew Desiderio and Marianne LeVine contributed to this report.