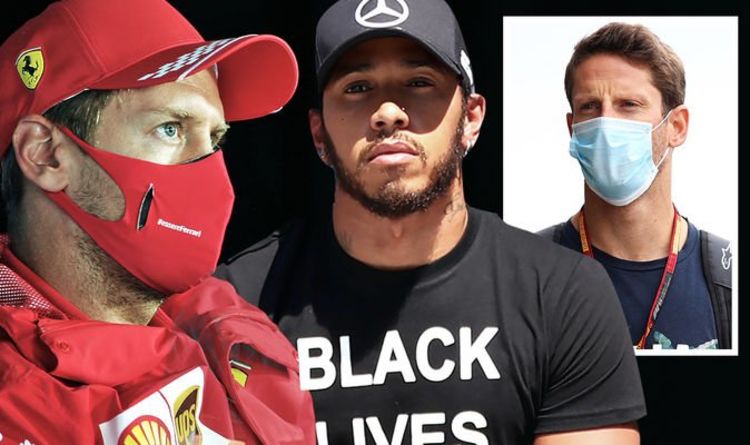 Hamilton called out Grosjean and F1 bosses during a post-race interview with Sky Sports F1 in the Hungaroring paddock.

And he also pointed the finger at Grosjean in the press conference following his eighth career victory at the Hungarian Grand Prix.

“We are all members of the GPDA and the GPDA is run by three people – two [Vettel and Alexander Wurz] who are really supportive, and one [Grosjean] who tends to think it is not important to continue with,” Hamilton said.

“I don’t think it’s being taken seriously. There are perhaps people who have not grown up around racism so don’t understand it and because of that it doesn’t affect them.

“I have heard people say: ‘it doesn’t do anything for me so why should I do it?’ But it’s not about me and you, it’s about this fight for the people out there who are experiencing discrimination.”

ByThomas Schlarp The Buffalo Bills and Kansas City Chiefs will play on Fox in a rare Monday night game for the network. It is the...
Read more
Sports