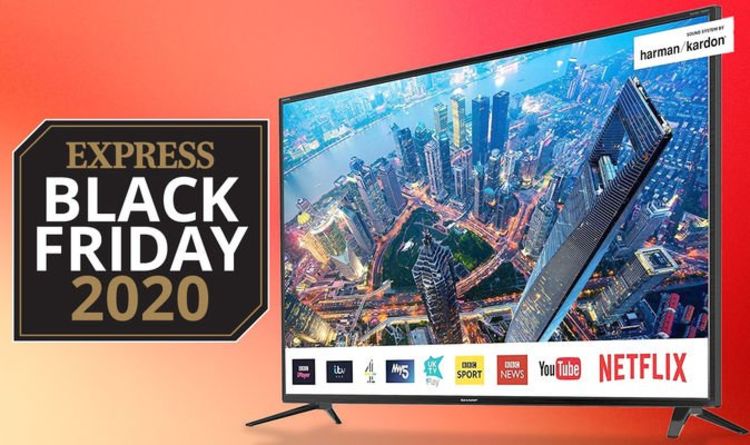 Black Friday is less than a week away and that means supermarkets and online retailers are aggressively slashing prices on flatscreen TVs. If you’re looking to upgrade the telly in your home, there’s never been a better time to get a new set. Earlier this month, ASDA revealed its most aggressive deal – a 50-inch 4K TV from Polaroid with support for High Dynamic Range (HDR). In terms of picture quality, it’s quite a set-up from the Polaroid set sold around the same price point during the Black Friday sales this time around. Priced at £269, it bundles Netflix Prime Video and YouTube apps straight out of the box.

And now, budget superstore LIDL has unleashed its own Smart TV bargain. It’s selling a Sharp-branded 50-inch 4K TV for £299. Usually priced at £399, that’s a hefty discount. Unlike the telly from ASDA, the Sharp set is powered by Android TV, which is developed by Google and is compatible with a truckload of streaming apps and games.

Prime Video, Netflix, Disney+, YouTube, Google Play Movies, iPlayer, ITV Hub, and more are all represented on Android TV. It also supports the Google Assistant, which lets you find new movies and television shows by speaking into the remote.

Better yet, since this is an Android TV set, it supports the Chromecast standard built-in. That means iPhone and Android smartphone owners will be able to wirelessly beam YouTube videos, photographs from Google Photos, and more by Casting their screen. Laptop and desktop PC owners can also Cast a live view from any tab in their Google Chrome browser too.

Like the 50-inch television available in-store in ASDA, the 50-inch Sharp TV supports High Dynamic Range (HDR) and 4K Ultra HD. But like the equivalent telly from ASDA, the 50-inch set on-sale in LIDL packs a Harman Kardon speaker system built-in. The prestige US audio brand, which is owned by Samsung, produces critically acclaimed headphones and speakers under its Harman Kardon, AKG, and JBL brands.

Of course, if you’re got a surround sound system …you’re probably not going to want to unplug it. However, if you don’t have any external speakers, this should be a step-up from the usual built-in speakers you’ll find on these svelte LED TVs.

Finally, there are two full-sized USB ports (handy if you’re looking to power a Chromecast or Fire TV stick), a Micro USB port (less handy these days… unless you’re going to be recharging a Playstation 3 controller anytime soon) and four HDMI ports. You’ll get one-year warranty when buying the TV.

As you’d expect, the 50-inch TV won’t be available forever. Specifically, LIDL is only selling the telly from Friday November 27, which is Black Friday itself. According to the supermarket, the 50-inch panel will only be available “while stocks last”. In other words, if you visit your local store and it’s gone, it’s not coming back into stock.

Unlike ASDA, which is only selling its discounted TV in-store this year, there is a listing for the Sharp 4K TV on the LIDL website. However, ahead of the Friday November 27 promotion going live, it’s unclear whether the telly will be available to buy online, or whether it will be a store exclusive. Express.co.uk will keep you updated as soon as we learn more.