Life in space: Why scientists fear humans must not leave... 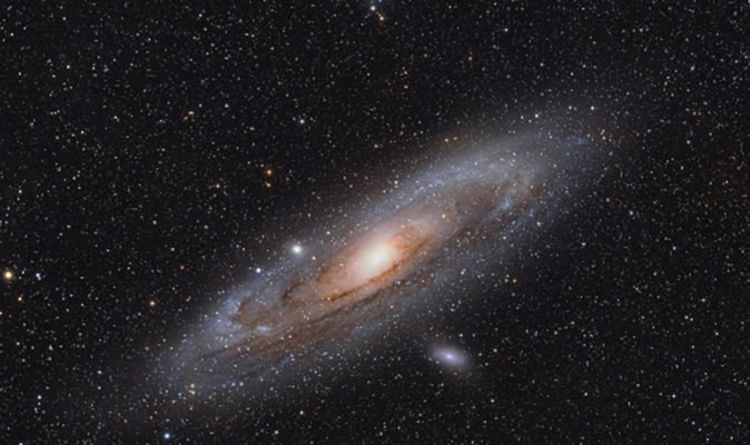 Future life in space will have to overcome concerns regarding artificial gravity, health risks and the effects of space radiation. Scientists are also concerned about the long-term psychological effects of living off-planet. The topic of permanent life in space was discussed by a panel of scientists and astronauts in Germany, Darmstadt, this week. Floris Wuyts from the University of Antwerp argued prolonged exposure to microgravity can have a negative effect on the body and the brain.

He said: “The effect of microgravity on the human body is to a certain extent pretty devastating because all the systems are actually simultaneously affected.

The physicist said it is essential and ethical for scientists to conduct more research on the effects of prolonged exposure to microgravity.

One potential solution is to introduce a form of artificial gravity by inducing a centrifugal force on a rotating space station.

But even the effects of artificial gravity on the human body are not completely understood yet.

Dr Wuyts also warned about the effect living in space will have on our mental wellbeing.

He said: “What hasn’t been touched upon so far at the conference – it will emerge in the future definitely – is the impact on the human psychology.

“I think going to low Earth orbit, knowing that in a couple of hours if something really happened you can go back to Earth, you have to confirm this feeling.

“But if you are on Mars and you can’t even recognise Earth among the other stars, that feeling of being so lonely can be of a great impact.”

The panellists were part of the first Space Science and Investment Congress hosted by the micro-nation of Asgardia in Darmstadt, Germany, between October 14 and October 16.

Dr Shelhamer agreed the human psychology is a major factor to consider in long-term space missions.

He said: “My perspective is also coming from the side of human health performance and health, and I can’t disagree with anything that we’ve heard so far, especially the psychology aspect of it.

“I used to be asked when I was working in this field for NASA for a few years, what was the thing that kept me up at night in terms of human optimal performance? What is the thing that is really going to be the obstacle?

“Those are all very unique problems but I think those are solvable. The one that keeps me awake at night now is the problem we haven’t thought of, it’s the problem that arises possibly from some crazy interaction of the things we think we do understand.

“So we know a lot about weightlessness on the body, we know a fair amount about radiation effects, we understand very little about synergistic effects between the two of them.

Mr De Winne, who worked on the International Space Station (ISS) also argued the cost of flying into space is a major obstacle to overcome.

The astronaut also argued the cost of transportation into space is a major obstacle for humans to successfully colonise space.

In his opinion, the price tag spaceflight carries high now is too high for significant infrastructure to be developed in orbit.

Mr De Winne said: “If we want to significantly increase the infrastructure, if we want to have significantly more research done, technology done, work done in space, then the cost of transportation is too high.”