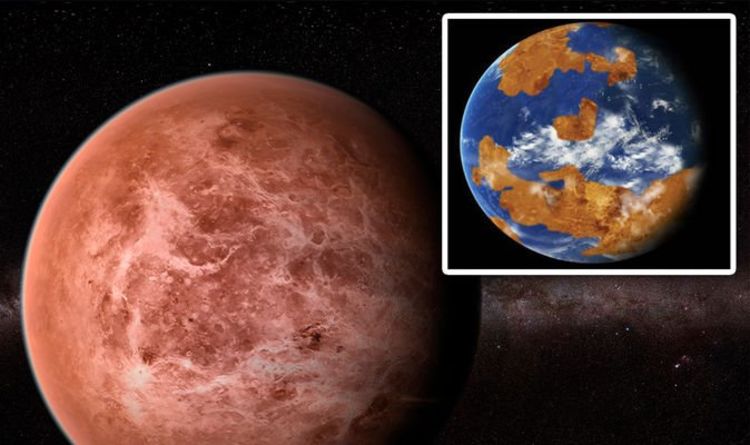 Venus gets its comparison with Earth due to their similar size, mass, proximity to the Sun and bulk composition, but it’s radically different from the Blue Planet, it has the desert atmosphere of the four terrestrial planets, consisting of 96 percent carbon dioxide and the atmospheric pressure at the planet’s surface is 92 times that on Earth. Things may not have always been that way, though. Scientists at NASA’s Goddard Institute for Space Studies (GISS) found that Venus may have previously had a shallow liquid-water ocean and a habitable surface temperature for up to two billion years.

The findings, published in 2016 in the journal Geophysical Research Letters, were obtained with a model similar to the type used to predict future climate change on Earth.

Michael Way, a researcher at GISS and the paper’s lead author, said in 2016: “Many of the same tools we use to model climate change on Earth can be adapted to study climates on other planets, both past and present.

“These results show ancient Venus may have been a very different place than it is today.”

Scientists have long theorised that Venus formed out of ingredients similar to Earth’s, but followed a different evolutionary path.

Measurements by NASA’s Pioneer mission to Venus in the Eighties first suggested Venus originally may have had an ocean, but Venus is closer to the Sun than Earth and receives far more sunlight.

This led scientists to believe that the planet’s early ocean evaporated, water-vapour molecules were broken apart by ultraviolet radiation, and hydrogen escaped to space.

With no water left on the surface, carbon dioxide built up in the atmosphere, leading to a so-called runaway greenhouse effect that created present conditions.

The GIIS team also suggested the 2016 data showed ancient Venus had more dry land overall than Earth, especially in the tropics, which limits the amount of water evaporated from the oceans and, as a result, the greenhouse effect by water vapour.

A NASA press release added: “This type of surface appears ideal for making a planet habitable, there seems to have been enough water to support abundant life, with sufficient land to reduce the planet’s sensitivity to changes from incoming sunlight.”